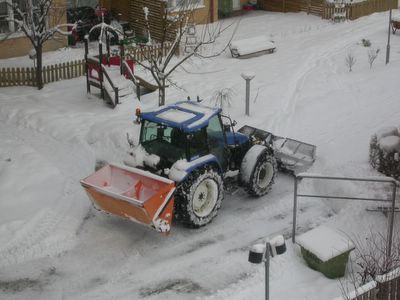 I am still ill, so I stayed at home today and took a few more photos during the day. The snowplows were out in force yesterday and today. The orange hopper in the back is used to deposit fine gravel on the newly-plowed roads and paths. 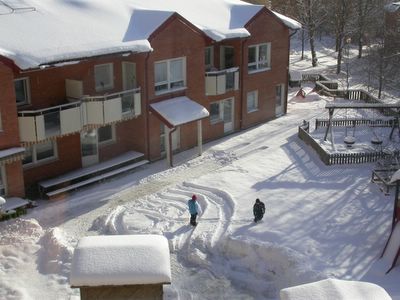 The snow fell most of the day yesterday, and intermittently today. Between the periods of snowfall the sun came out. Here you can see a couple of children playing in the playground outside my living room window. 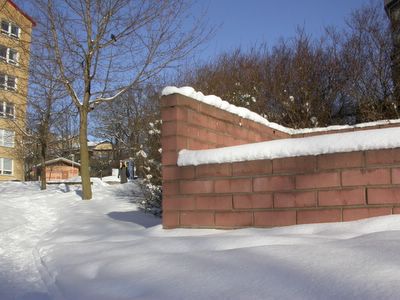 Despite being ill, I did go out to get some groceries. In the background on the left you can see the building where I lived the first two years I was in Stockholm. 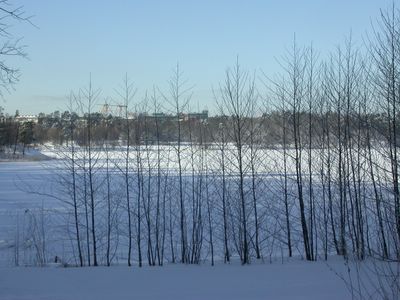 On the way back from the grocery store, I walked down to Brunnsviken. There are no skaters on the lake. This could be because the ice is not thick enough. We've had a relatively warm winter, so the lake had not frozen by the beginning of February. Making matters worse, the layer of snow now covering the lake insulates the water underneath from the cold (-6 C) air. I wonder if there will be any skating this year.
Posted by Michael A. Lowry at 18:22