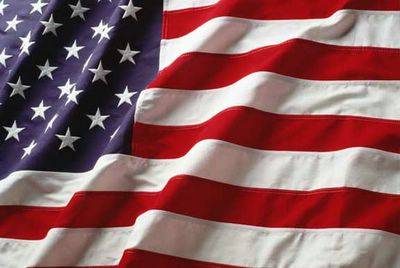 On this July Fourth, I'm proud to be an American. I'm proud not because of the beauty of the land; not becuase of the might of the U.S. military; not becauase of the wealth of her people; nor for their ingenuity, friendliness, industriousness, perseverance or creativity.

I'm proud becuase the ideals upon which the Republic was founded are as important today as they were 230 years ago: ideals like freedom, tolerance, equality, and the rule of law.

Current events around the world and the actions of the sitting U.S. president lead many to distrust or even dislike America. I understand this, because I too strongly disagree with the policies and attitudes of the Bush administration. In many respects the U.S. seems to have lost her way. She has grown too dependent on her wealth and might; too confident in her continued dominance; and far too dismissive of the opinions of friends who have stood by her for decades. There is no other country like the U.S. But if The U.S. abandons the cause of freedom, others will take up the fight in her stead.

If the the U.S. is once again to be a shining beacon of hope for the whole world — as George W. Bush desires — then the country must return to the principles on which she was founded.

A very happy Independence Day to all!
Posted by Michael A. Lowry at 13:27

Agreed, but America is replaying the same-old story that we've read about with every empire before it. Even the Founders knew that republics and democracies have a lifespan of two to three hundred years.

I love America, but I don't have any affection nor respect for this administration which tells such bald-faced lies to its citizens, allies and enemies.