Tonight I went with Lotta to the new Woody Allen Film, Scoop. 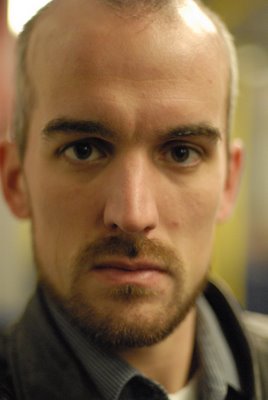 On the subway there, I got bored so I took this self-portrait. 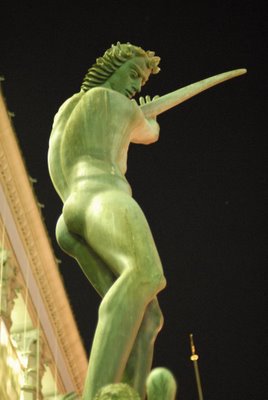 Outside the concert house on Hötorget is a statue of Orpheus. 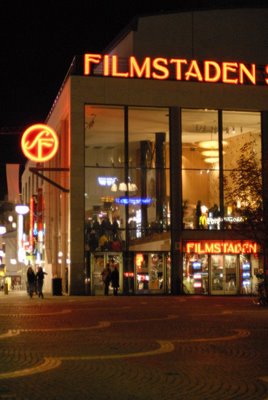 We saw the film at Filmstaden Sergel. It was a good film: quite engaging and amusing. However, I do tire of Woddy Allens frenetic rants. 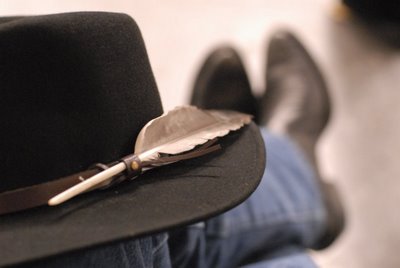 At Östermalmstorg subway station, I was bored again, so I took a photo of my hat. The woman next to me on the bench laughed at the absurdity of a man taking a picture of his hat. I had to laugh too, because I must admit that it was rather silly. We chatted while we waited for the subway, and then chatted a bit more on the way the KTH station, where she got off the train. Her name was Brigitta, and she lives on Waxholm, an island a bit out into the archipelago. 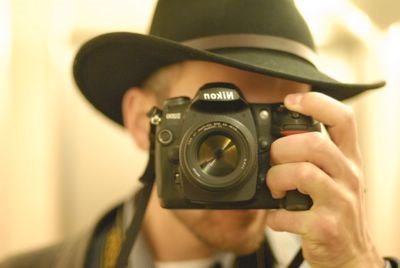 And finally, here is one more self-portait taken in the elevator mirror. Oh, that reminds me: I must get a replacement cap for the flash sync terminal on my camera.
Posted by Michael A. Lowry at 03:11

I still follow your "adventures" there in Stockholm. Just a small and maybe silly question: Do you always take your camera with you?

I mean, you went to the cinema! It's nice because that way you can offer us many details of your daily life... but I cannot imagine myself carrying such a good camera everywhere.

At this moment I'm still at that stage where sometimes I just think: "Oh, it could be great image or comment for my blog".

ah! I'll visit Stockholm in the first week of december.