First snow of the season 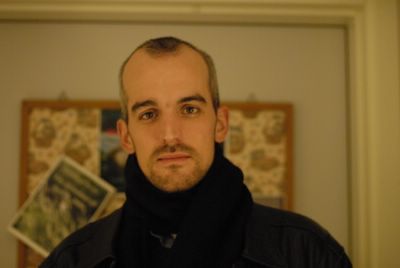 Eva took this photo of me the other day. She said I looked good in the scarf. It's getting to be scarf weather here in Stockholm. 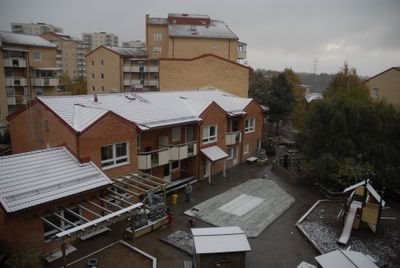 In fact, the season's first snow began to fall this morning. 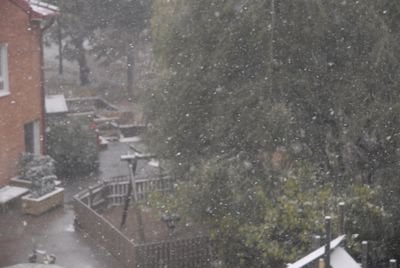 The snow continues to fall in big thick flakes, although it isn't lasting long once it hits the ground because the surface temperature is still a few degrees above freezing.

Today I'll do some last-minute shopping before my trip to the U.S. tomorrow. I have a meeting after lunch with some representatives from a potential customer. They're interested in TWS, the software that is my primary area of expertise. So I'll give a brief presentation of the application and then answer any questions they have. This particular customer is a rather large one, so it would be a boon to IBM if they chose to use TWS. It would probably also mean more work for me here in the city. More work is always nice.

Later in the afternoon, I'll finish up some paperwork at the office. I might go dancing for a while at La Isla this evening, but I can't stay out until one o'clock in the morning as I usually do when I go dancing. My flight to Newark leaves tomorrow at nine, so I'll have to get up pretty early to make it to the airport and allow time for the necessary security checks and what-have-you. From Newark, I'll catch a connecting flight to Austin. I'm flying Continental because they were several hundred dollars cheaper than SAS/United. Continental must have just recently added the Stockholm route because I'd never seen it offered in previous years.

I'm getting excited about the trip. I was in Austin just this past Summer for Ethan's wedding, but it seems like it was a long time ago.
Posted by Michael A. Lowry at 10:00