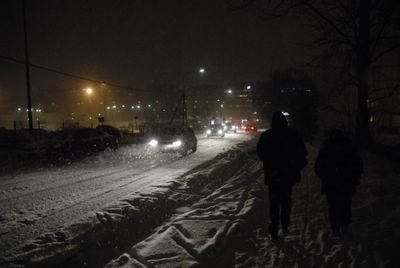 Well, I thought it was gonna be just a little bit of snow. Apparently not.

I walked from IBM down the hill to Kista Gallerian because the bus was stuck behind cars that had slid off the road. 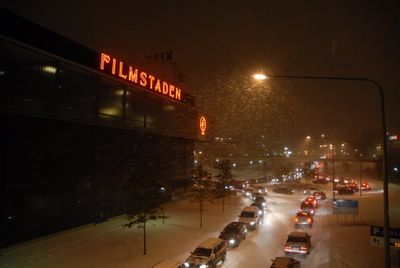 Here, I probably should have taken the subway. Subways go underground, you see. Where there's no snow. And no idiot drivers who forgot to change to winter tires. But it was still just a little bit of snow, I thought. So I caught my usual bus, number 178. 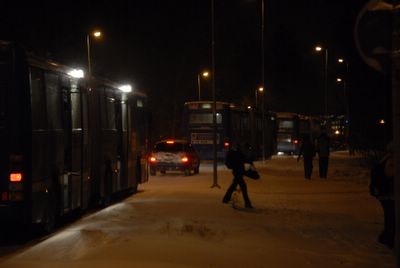 The bus got stuck halways between Helenelund and Sörentorp, behind a couple of other busses. I sat on the bus for 20 minutes before giving up. 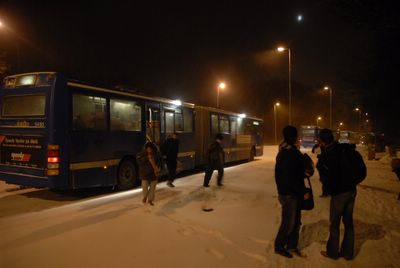 Along with several other commuters, I walked back to Helenelunds station. 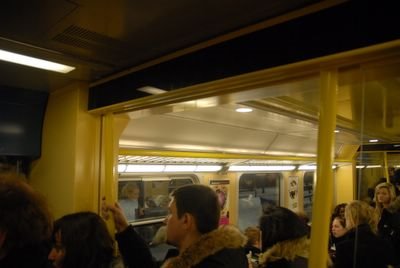 There, I just barely made it on the Southbound train. The train managed to take me two stations toward the city before stopping at Solna station. There it remained for 15 minutes before we learned that the train would be severely delayed due to a frozen switch in the line. 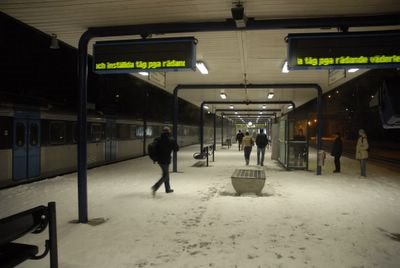 I stayed on the train for a few more minutes, hoping that the problem would be resolved. But eventually, I gave up and stepped off the train. Others did the same. 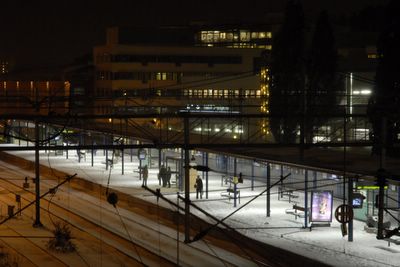 I walked toward Solna Centrum, leaving the stuck train behind me at the station. 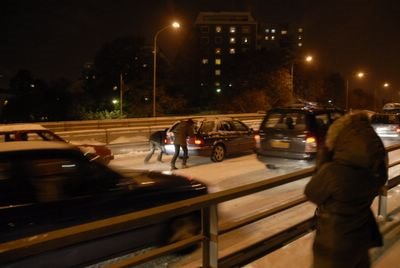 On the way, I passed many cars stuck on the road. Here two Stockholmers help another get her car up a slippery slope. Every year people put off changing to winter tires until too late, and every year the first snowstorm takes Stockholmers by surprise. "What, winter again? Didn't we have that just a year ago?" 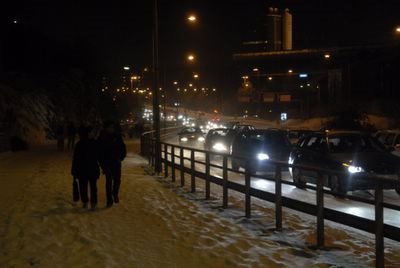 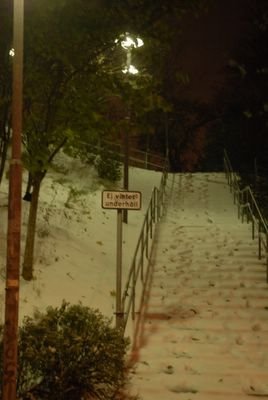 "Not maintained in winter." 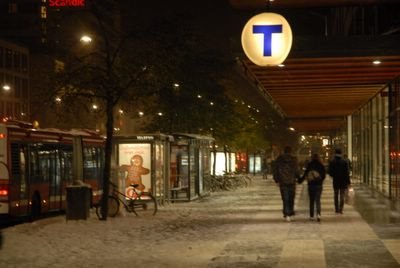 I took the subway from Solna Centrum down to T-Centralen. There, I just barely made it into Ålens before closing time. I did some last-minute shopping for my trip to the U.S. and then grabbed a bite to eat a Burger King. 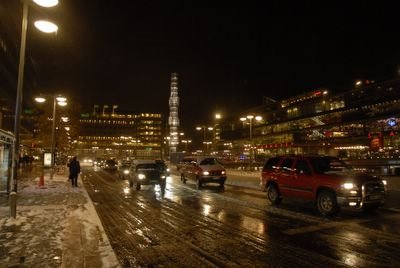 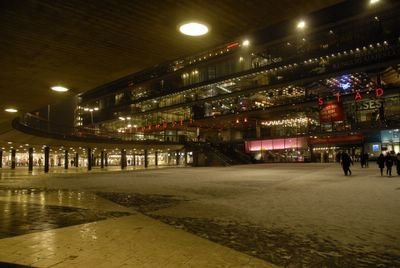 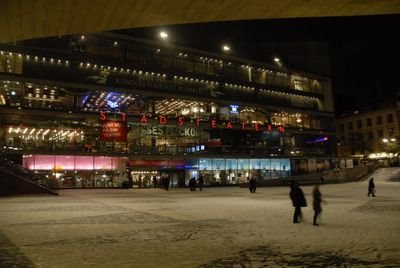 I finally steped into my apartment well after nine o'clock this evening, exhausted from my commute. Not counting the shopping and dinner, it took more than 3 hours for me to get home from the office — a trip that normally takes just twenty minutes. Now I have to pack for my trip. Because of the snow, I'll probably take the subway and express train to get to the airport, rather than taking a taxi. That means I'll have to wake up even earlier in the morning. Fun!
Posted by Michael A. Lowry at 22:20