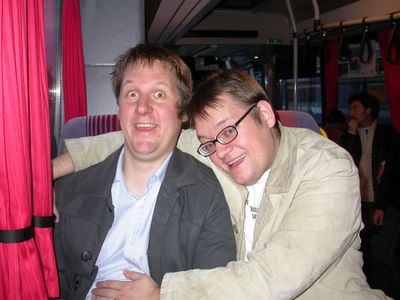 Last night I went to the 2005 Stockholm Beer Festival with a bunch of colleagues. I met up with some of them at Slussen and took the 473 bus to the convention center at Nacka Strand. Tobbe and Danne are such a cute couple. 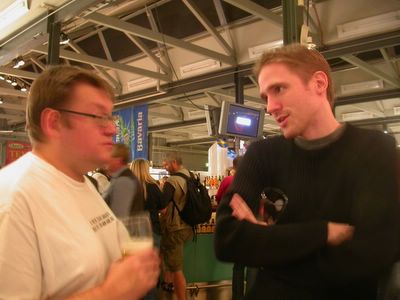 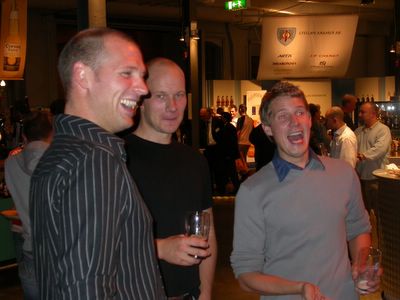 So were Jens and the gang. 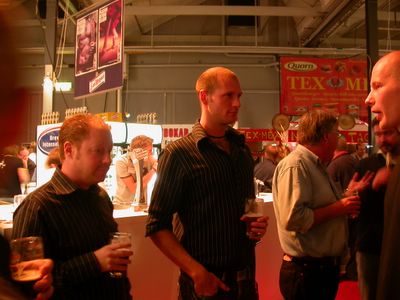 Much beer was consumed. 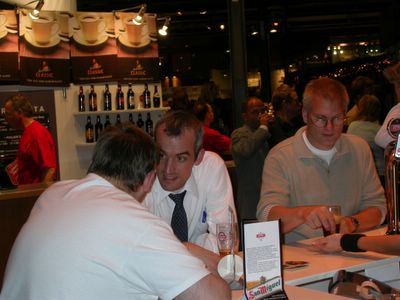 Many pressing and important political issues were resolved. 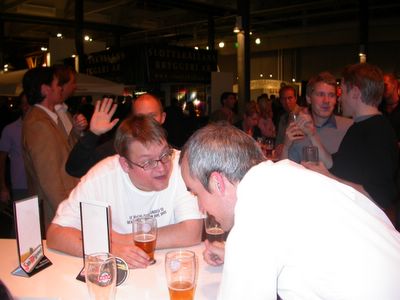 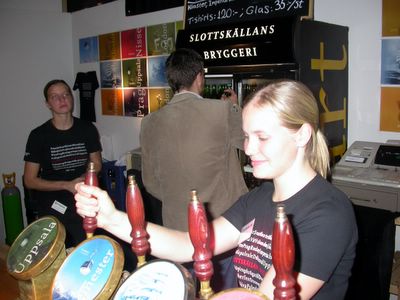 Slottskällans Bryggeri served up some fine beers. I particularly liked the one called Uppsala, named after the brewery's home. I had a nice chat with the girl pouring my beer. She seemed to know a lot about the different brews. 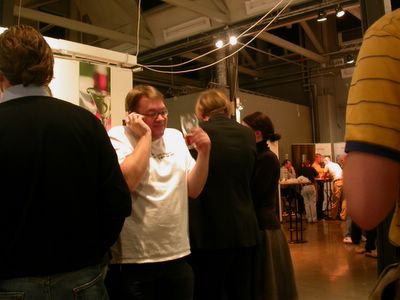 Daniel tries, without success, to coax Åsa into joining the party. 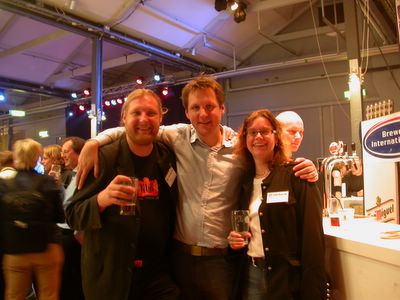 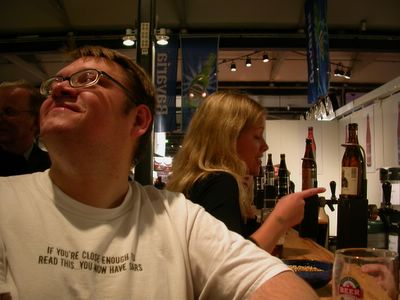