Concert on the grass 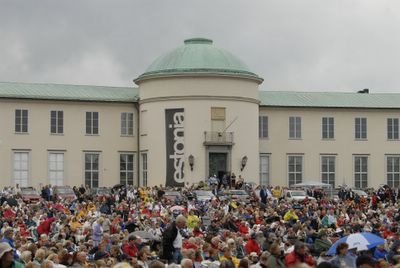 Sunday afternoon, I biked down to Gärdet to listen to an outdoor concert at Sjöhistoriska Museet. 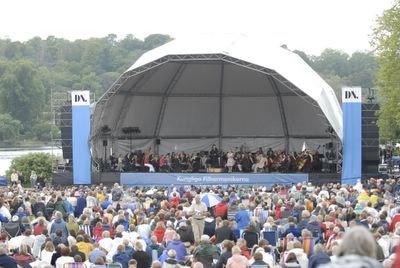 It was a rainy day, but the music was beautiful nonetheless. 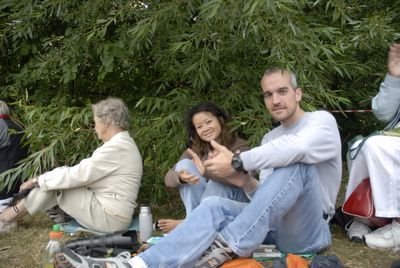 I met Lisa there and we sat in almost the same place where we sat at the same concert a couple of Summers ago. 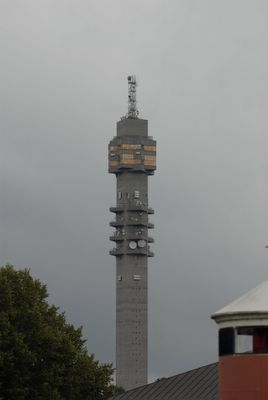 Kaknästornet served as a helpful landmark; I biked in the direction of the tower to find my way to the museum. 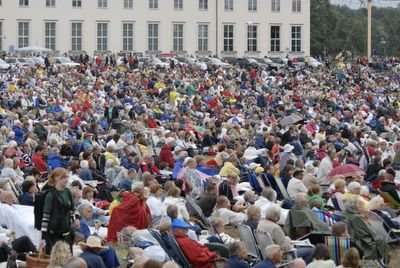 Despite the poor weather, the field was crowded with folks. 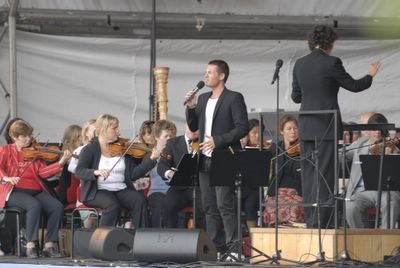 Peter Jöback sang several songs, including a Swedish version of Windmills of Your Mind. 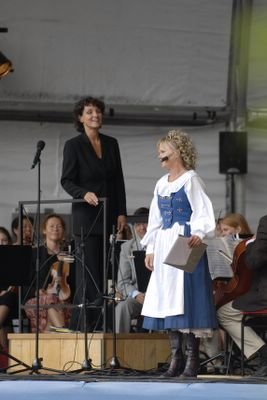 The music was lovely. The only blight on the afternoon's performance was Sissela Kyle. At other times a nominally funny woman, her enthusiasm got the better of her on Sunday. Her brash and obnoxious commentary during the Sound of Music medley distrcted from what would otherwise have been a very nice performance. 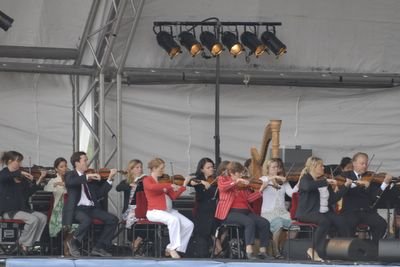 The Royal Philharmonic Orchestra was grand though. 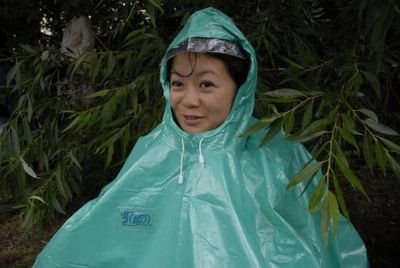 After a while, the rain really began to fall, so we donned our rain coats and hunkered down for the last few numbers. 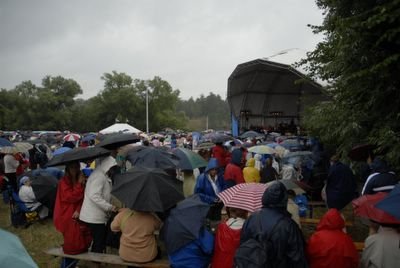 It was wet but not untolerably so. 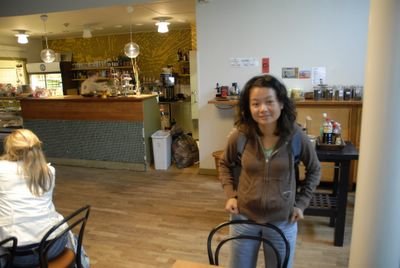 Afterward, Lisa and I had a bite to eat at the Ethnographic Museum's restaurant. 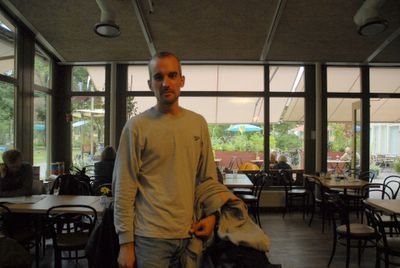 It was a nice afternoon with good music, good food, and good company.
Posted by Michael A. Lowry at 14:06