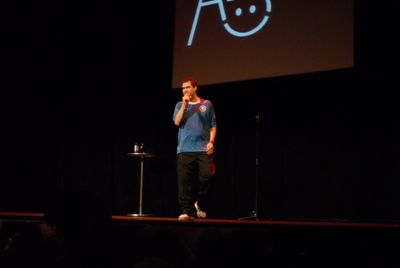 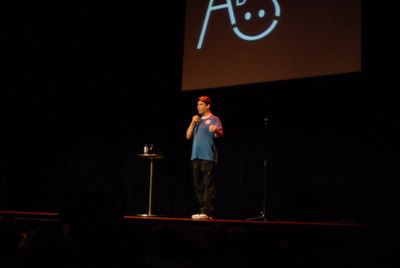 He was funny, and his routine included about one third new material, including a hilarious immitation of Arnold Schwarzenneger. 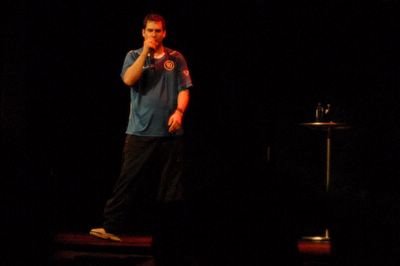 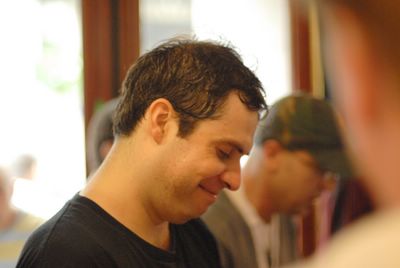 After the performance, Pablo stood at a table in the lobby, selling CDs and signing them for his fans. 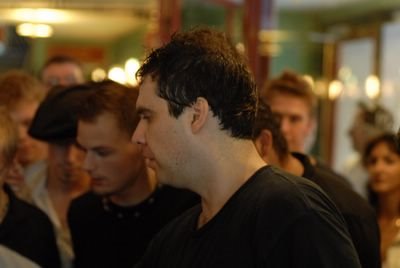 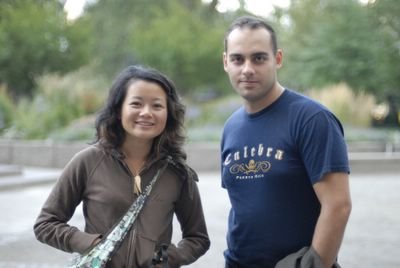 Friends outside the theater.
Posted by Unknown at 16:04