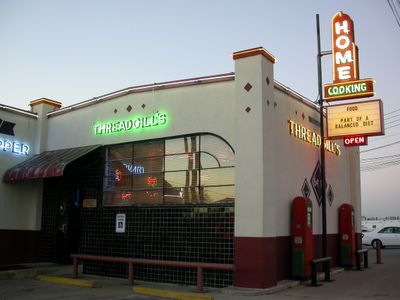 I went to Threadgill's last night with a couple of IBM colleagues from Korea. I thought I'd show them a true Austin institution!

"Food. Part of a balanced diet." 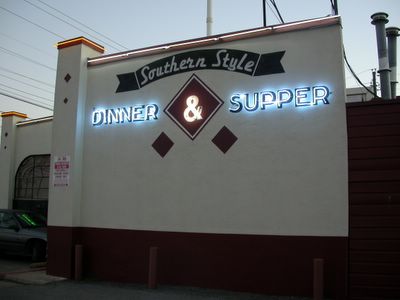 I've been eating at Threadgills since at least high school. It's just down North Lamar boulevard from McCallum high school, so that's probably how I originally found out aboutthe place. 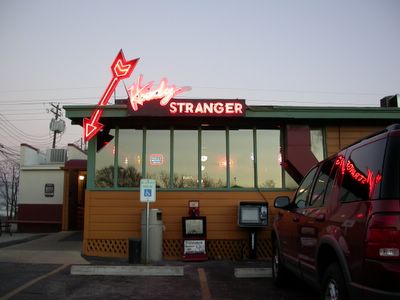 The back porch. Howdy, strainger. 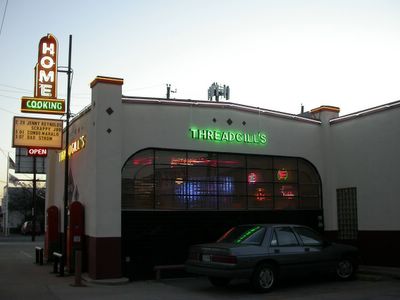 The front of the restaurant. In 1933, Threadgill's was a Gulf filling station. After prohibitiion, it was the first joint in Travis county to obtain a license to serve alcohol. Texas native Janis Joplin got her start singing here. 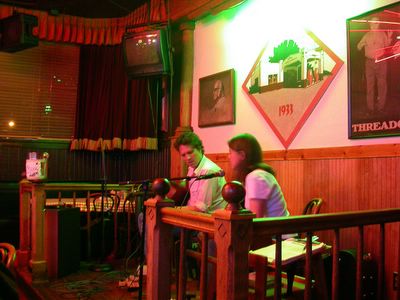 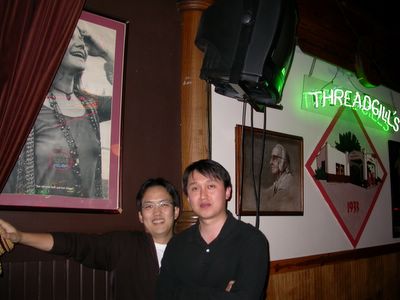 My two Korean colleages pose with the notorious photo of Janis Joplin. The photo is normally obscured by the curtain. The caption at the bottom reads "Get off your butt and feel things!" Sage advice. Just don't take it to extremes, or you'll die young like poor Janis. 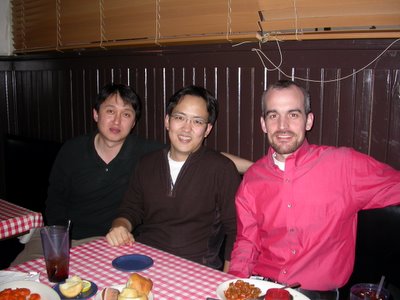 Our lovely & friendly waitress took this photo of us. 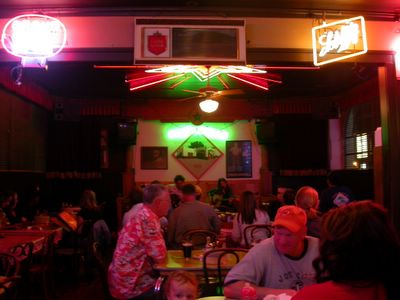 It's hard to find a place that more completely represents Austin in my mind than Threadgill's. 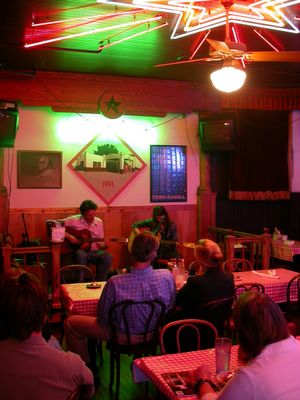 We had a table right next to the stage. After dinner — sorry, supper! — we hung around at the bar to listen to a few more songs. 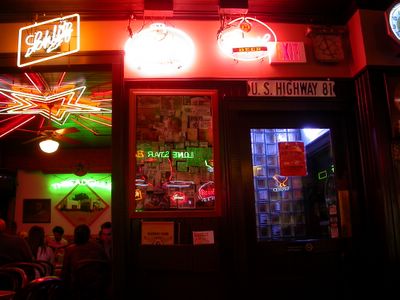 Next to the front door is a frame holding many old photographs related to the Threadgill family and their restaurant. Threadgill's has a fascinating and colorful history. Plus, they serve great food!
Posted by Michael A. Lowry at 17:41

This place was wonderful. They had pretty decent dishes, and I liked the modes there. I felt like I was in real Austin place. Thanks Michael!!