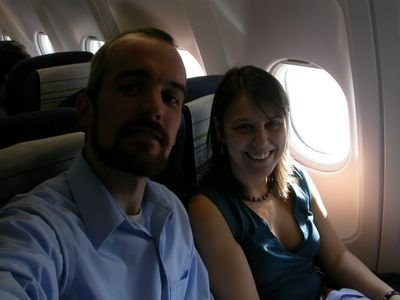 I've mostly recovered from jet-lag after more than a week back in Stockholm, so it's time for a long overdue update to the blog.
Part of the reason I has taken me so long to adjust to the time zone is that I ran into a friend on the plane, and we kept each other awake the whole way from Austin to Stockholm. Zita is a frequent salsa dance partner of mine, and just happened to be returning from a radio astronomy conference in Austin on the exact same flights as I. We switched seats with some fellow travellers so that we could sit next to each other on both the Austin-to-Chicago and Chicago-to-Stockholm legs. We had a great time and got to know each other much better. It turns out we have many more common interests than salsa dancing. We both dig Firefly and Futurama. Now I just have to expose her to Babylon 5. 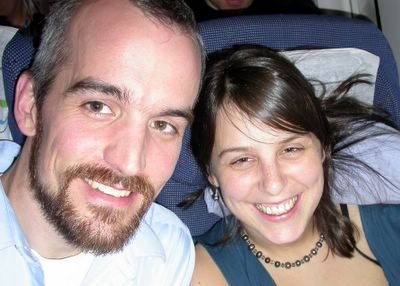 The on-board entertainment system wasn't working, so we were forced to entertain ourselves. The food and drink were quite sufficient to the occasion though and we talked until almost sunrise. Unfortunately, my plan of sleeping through most of the transatlantic leg didn't go off as planned and I was quite sluggish for several days. 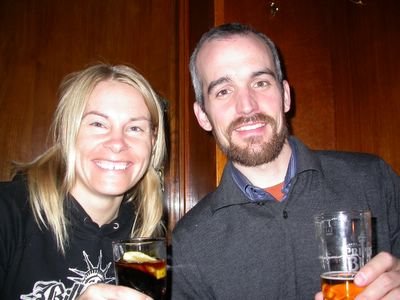 My friends Danne, Jenny, and �sa met me for dinner that evening. Here is �sa mugging for the camera. 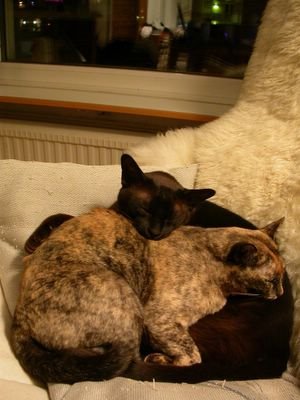 Lotta dropped the cats off ay my place in the afteroon. Sasha was a bit weird for a while, hissing at Alex and even at me. But after a couple of days she had calmed down and the two were getting along again. 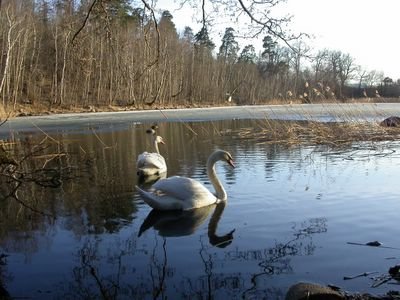 Yesterday I took Alex on a long walk. After a while he didn't feel like walking anymore, so I carried him. I walked down to Brunnsviken, where we found two swans and two mallards in a patch of open water near the shore. Alex meowed. One of the swans hissed. Then Alex jumped down out of my arms and ran up the hill away from the water. 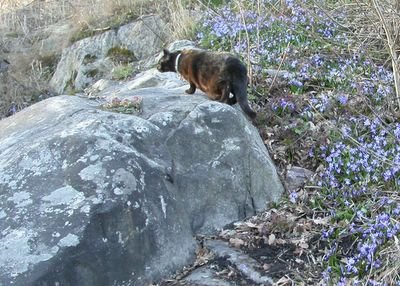 Warrily, Alex looked down from his perch. It took me a while to catch him. I don't think he particularly liked either the large body of water or the giant hissing bird. :) 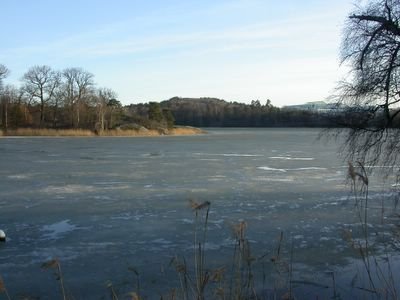 Just yesterday there was ice — or at least icy slush — covering most of the lake. Today it's all open water. Spring is definitely here.
Posted by Michael A. Lowry at 22:24