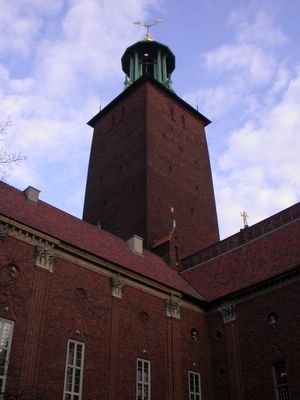 Yesterday I also went downtown to meet Danne & Jenny for dinner. After a hamburger at Buger King, we walked over to Kungsholmen and took a little stroll around the island. Here is the famous Stockholm city hall, stadshuset. 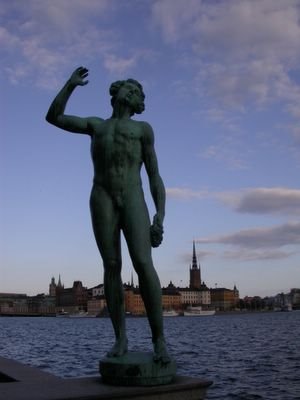 Beetween the building and Lake Malaren is an open area with paving stones, flower beds, and statues. Flanking steps leading down into the lake, and standing above "no swimming" signs are a pair of statues, male and female. Here is the male, with Gamla Stan and Ridarholmskyrkan in the background. 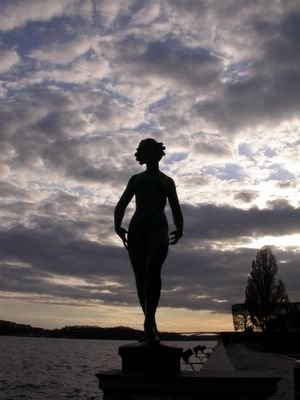 Opposite him is his mate, apparently a nude dancer. She is set against a backdrop of Västerbron and a lovely sunset. After running the marathon, which goes over that bridge twice, I don't think I can ever look at it the same way again. ;) 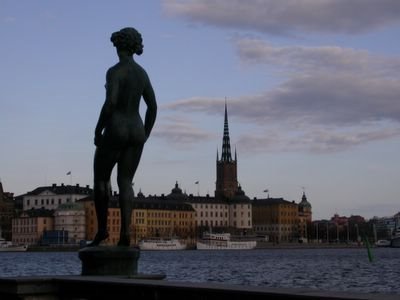 Here's another view of our Dancer gazing wistfully at the city. 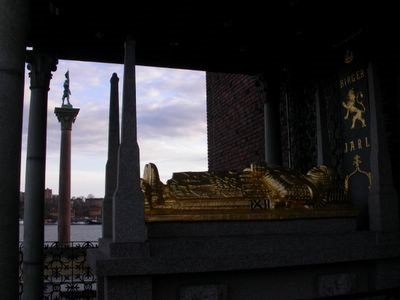 At the East end of the building lies the tomb of Birger Jarl. 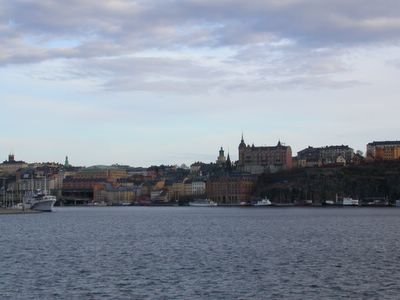 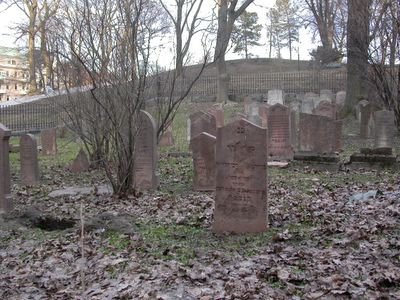 Our walk took us past the old Jewish cemetary, which was placed on Kungsholmen long ago because at the time it was not allowed to bury non-Christians within this city limits; and at the time, Kungsholmen lay outside the city of Stockholm. 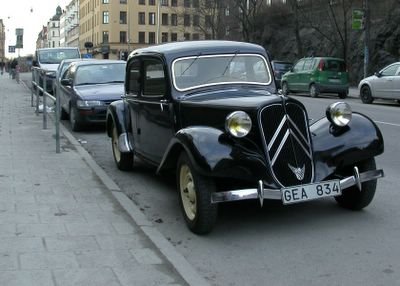 We saw a couple of interesting automobiles on our walk. This old Citroën caught my eye, but it wasn't the car we went to Kungsholmen to see. 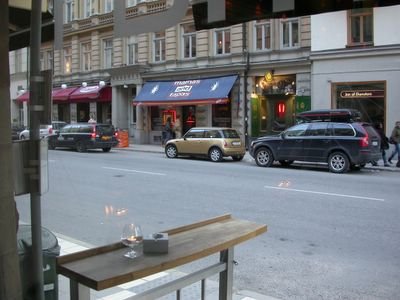 No, that was Åsa's new Mini Cooper. We had a few drinks with her and P. at Lemon bar. 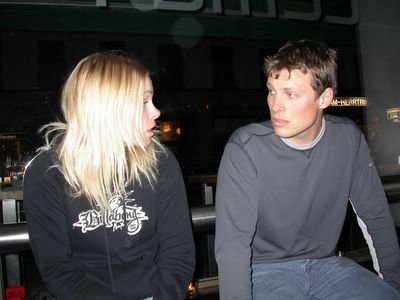 They weren't this serious-looking in person. Check out Åsa's sweatshirt from Indonesia! 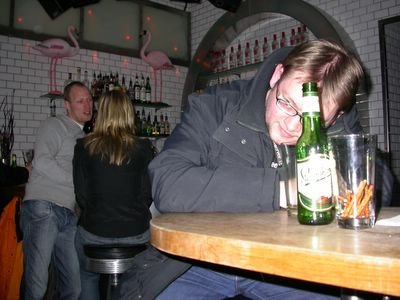 Danne hid behind his beer. Typical! 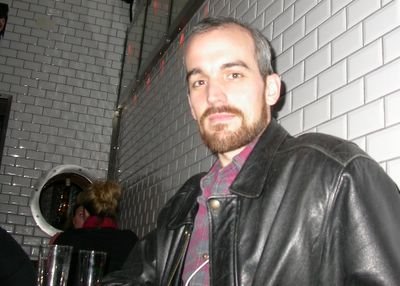 Not quite in focus, but better than nothing!
Posted by Michael A. Lowry at 22:35