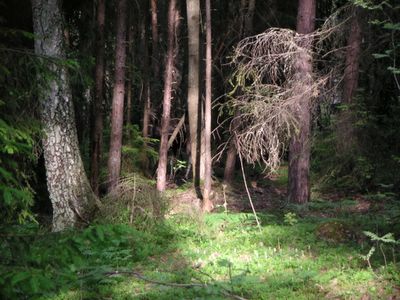 This evening I went riding in Ursvik with Elina and Petter. I nearly ran into a one-year-old moose calf in the trail! This was the first time I had seen a moose in the wild, so I was pretty excited. I was just a few meters from him and closing fast when we saw each other. He was standing in a pool of sunlight and right in the middle of the trail. I came to an abrupt halt and he quickly ambled off to hide behind some trees. If you look closely in the above photo, you can see him! 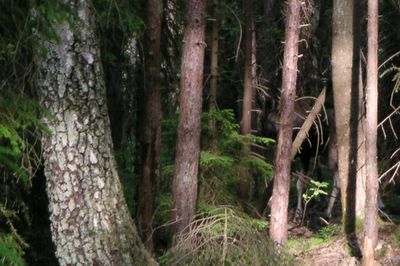 For those of you squinting to find the moose, he's standing behind the skinny trees in the right half of this crop of the original photo. He is facing to the left and slightly away from the camera. Shortly after I took this photo, he ran away. I'm just glad I didn't run into his mom. 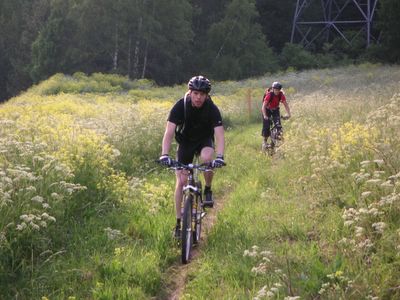 This was my first ride with new derailleurs. They work pretty well, but I need to fine-tune them before they'll be perfect. The new rear derailleur works exactly opposite from the way my old derailleur did, so I'm still getting accustomed to it. A few times, out of force of habit, I accidentally switched to a higher gear instead of a lower gear when starting to climb a hill. One learns quickly not to make such mistakes! 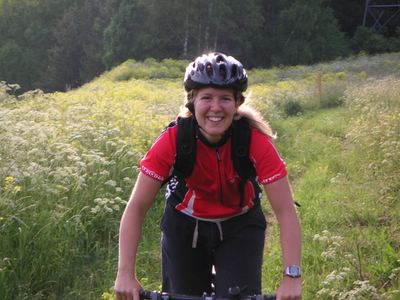 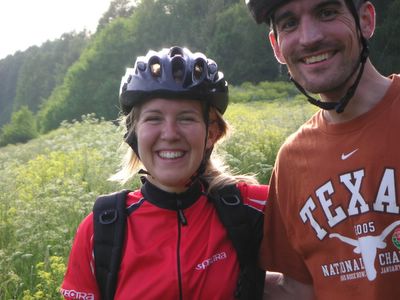 This is the same place where I took a photo of myself and Lotta a few weeks ago. It's a good photo spot because it's in an open meadow with lots of light and there is a place to rest the camera (a sign post). 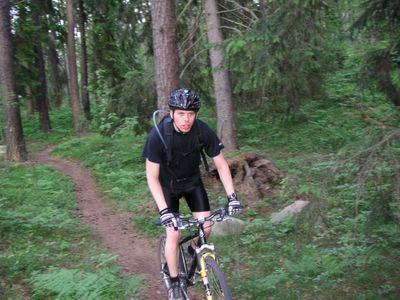 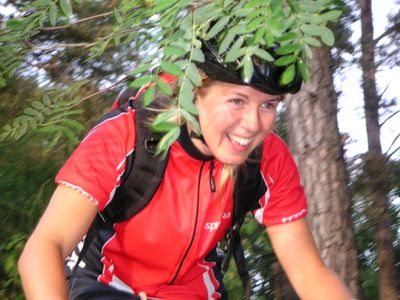 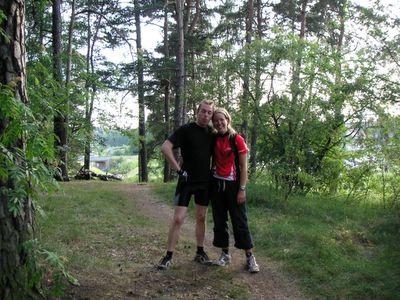 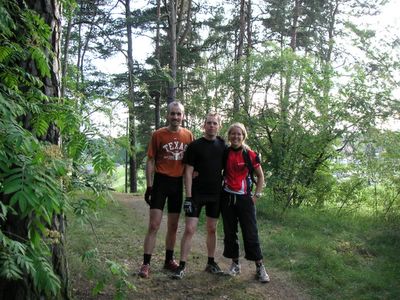 Here we are at the end of the ride. 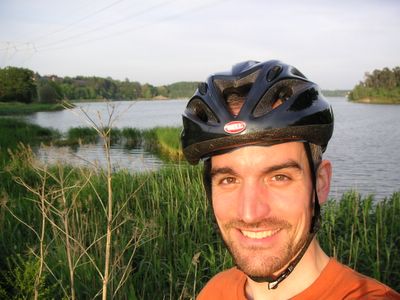 And lastly for now, a picture I took of myself by where the E18 goes by Brunnsviken. It was about eight thirty in the evening when I took this photo!
Posted by Michael A. Lowry at 04:13