Today I went biking in Hellas with Rodrigo J., Matt, Rodrigo A., and Lisa. 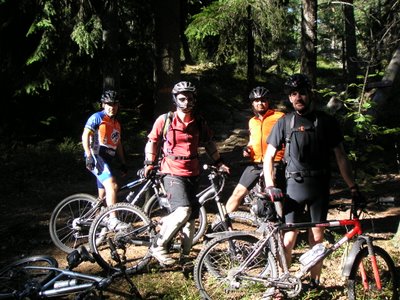 Lisa took this photo so she's not in it. 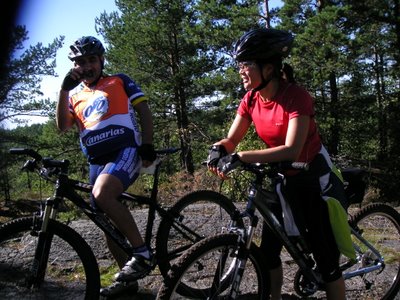 But here she is, along with Rodrigo J. 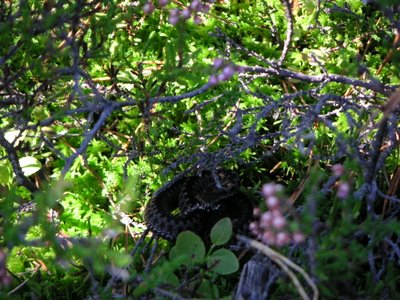 I saw this little snake sunning itself on a rock. When I went closer to take a photo, the little guy crept into the lingonberry bush and coiled up. From the snake's broad triangular head, I could tell that it was a viper. I know there is only one poisonous snake in Sweden, so I'm pretty sure this is it. It's vipera berus, commonly known as huggorm in Swedish and by several names in English. 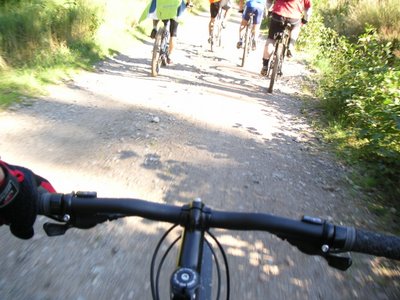 Although I didn't capture it in this photo, we also encountered a couple of roe deer fawns. One of them lept across the trail just a few meters in front of me. 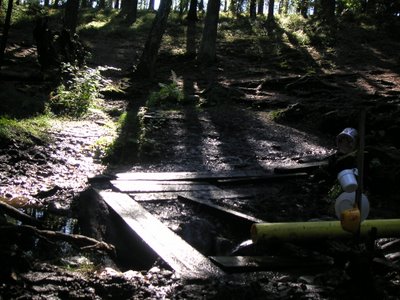 As we have done before, we stopped at the spring to refill our water bottles. The springwater is delicious and refreshing. Today was lovely and warm, almost like summer again. So I doused my head in the water to cool off. 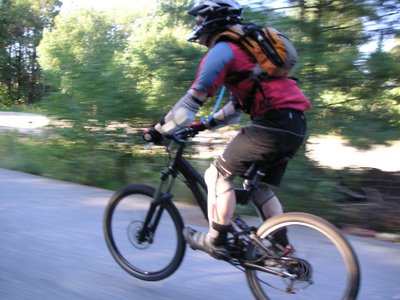 When we finished the off-road portion of the ride, Matt showed off a bit, bunny-hopping down the road. 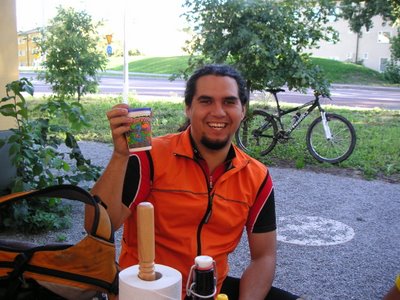 We went to Texas Burger Co. for drinks and snacks after the ride. Rodrigo A. ordered a kid's meal, and got a dinosaur cup as a prize! 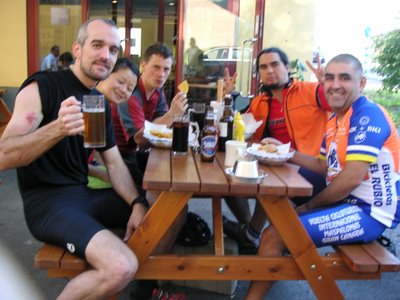 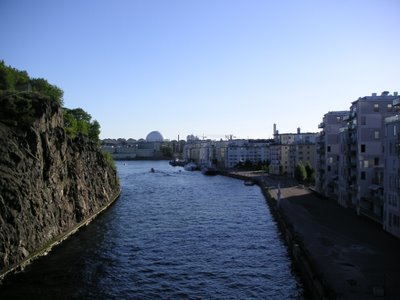 Hammarby Sjöstad, I think. I took this photo from Sicklabron. Globen is in the background. 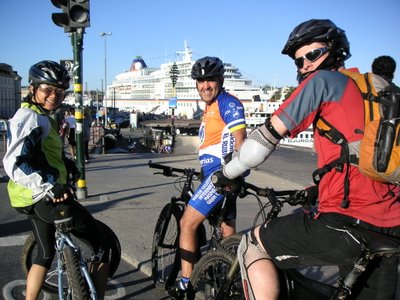 On Gamla Stan, with a big ferry in the background.
Posted by Michael A. Lowry at 01:11

Yeah, Matt is very bouncy. He's not showing off, he's always like that.

Try to get Matt to wear something yellow, and all of us here in England will cheer!