A wet bike ride in Hellas 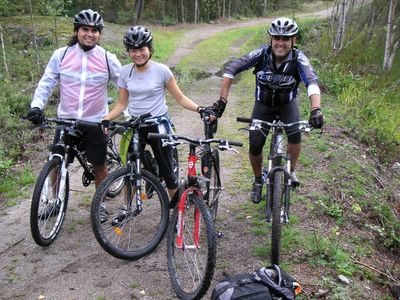 Today I went biking with Rodrigo, Lisa, and yet another Rodrigo. :) 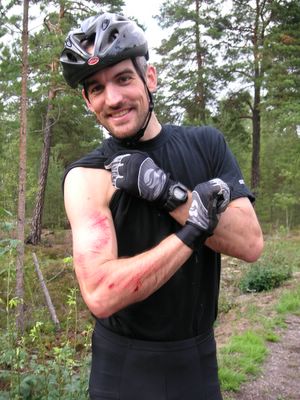 I crashed on a slippery rock, and scraped my arm. Luckily, I wasn't going very fast when I fell; if I had been travelling much faster, I might easily have broken my arm. 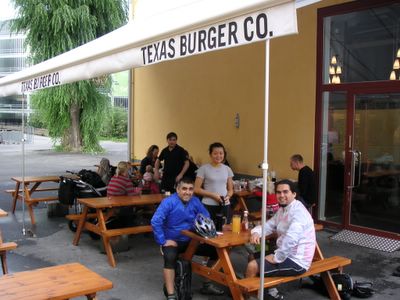 After a ride in Hellas, we stopped for burgers at Texas Burger Company in Hammarby. I had a hamburger with jalepeños. It was quite tasty. 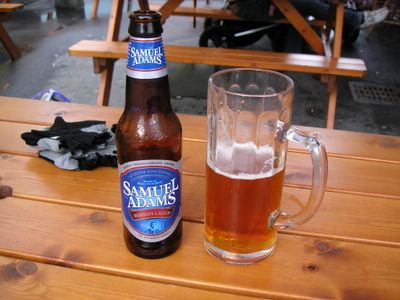 I had a Samuel Adams Boston Lager — a reliably good beer, but not chepa at 39 krona. 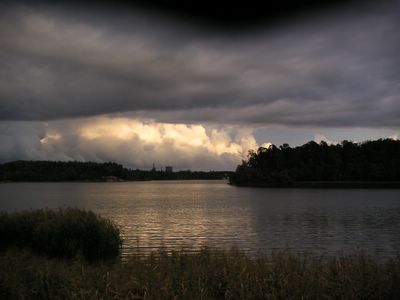 On the way home, I caught this nice photo of sunlit stormclouds in the Southeast as seen from the Northwest end of Brunnsviken.

Tonight I watched SVT's interview with Moderate party leader Fredrik Reinfeldt. I've been trying to learn as much as possible about the various Swedish political parties so that I'll be informed before the parliamentary election two weeks from now.

In other news, my washer and dryer are now fully connected, including the drain hose from the dryer's condensor. It is a real convenience to be able to do a load of laundry every few days and not to have to set aside an entire afternoon for it.

My arm is beginning to sting a bit. I hope I can sleep tonight!
Posted by Michael A. Lowry at 21:36