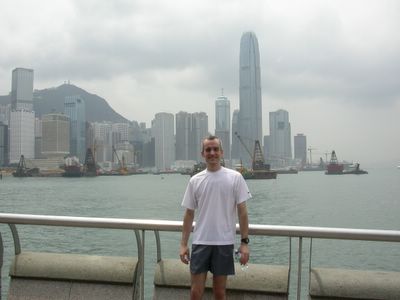 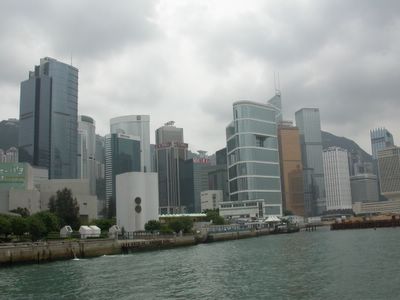 Hong Kong has an amazing skyline. 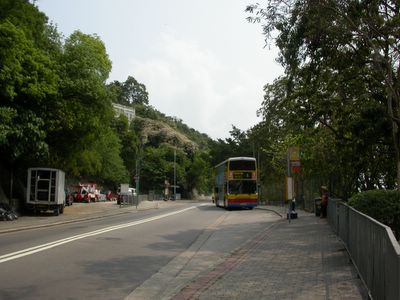 I ran to the West end of the city and then up Victoria Road. 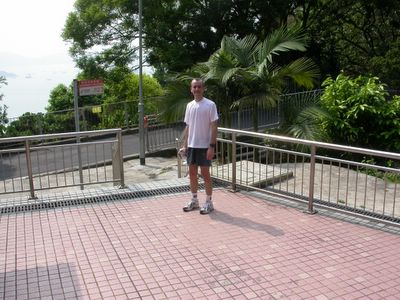 About halfway up the mountain, I took this photo at a rest stop overlooking the sea. 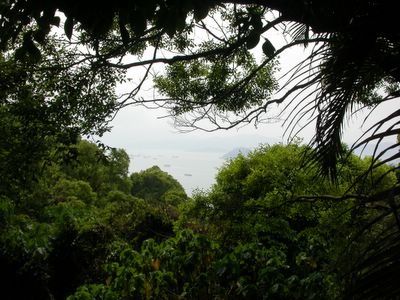 The foliage was thick and lush. It was quite warm and humid outside, so it was good that I brought water with me. 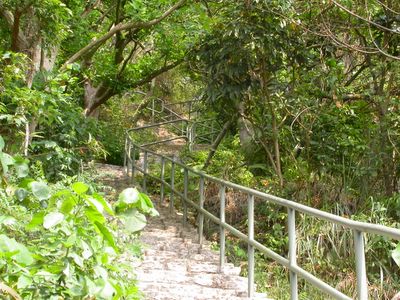 Nearer the top, there were stairs that cut straight up the slope. 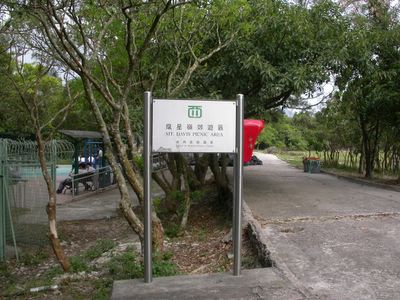 At the top I found the Mt. Davis Picnic Area. There were some students there, as well as some people working on the trails and a group playing paintball in the ruins of an old British battery near the summit. 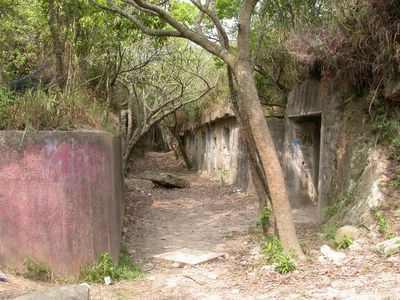 Here are the ruins. The battery was desroyed by the Japanese in 1941. 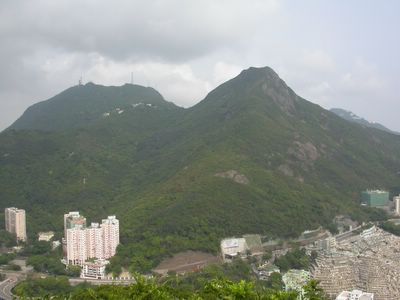 Here's the view from the summit of Mount Davis, looking back to the East. As you can see, I overshot my goal, the peak to the left in the distance. Hong Kong city is to the left of this mountan range and the South part of the island is to the right. I believe that's a graveyard in the foreground on the right. 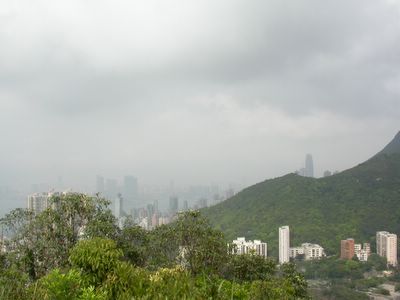 Here's a view toward Hong Kong city. Kowloon peninsula is visible in the distance, across the harbor. The tall building peeking over the hill is IFC2. 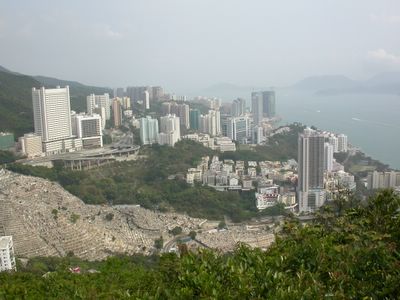 And here's a view to the Souteast. I'm guessing that the land in the distance is the island of Lantau, where the airport is situated. 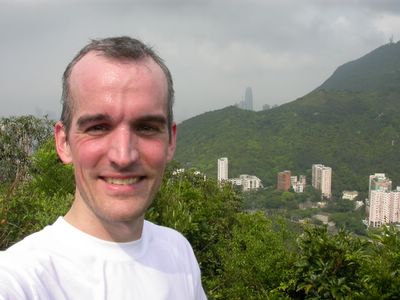 This isn't the best self portrait becuase I was exhausted and the sun was in my eyes; but you can get an idea of the weather by how sweaty I am in the photo! 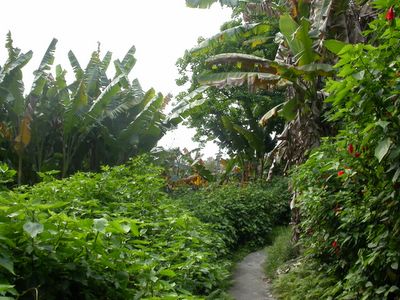 I walked down the mountain by another path that took a more direct route than the road. 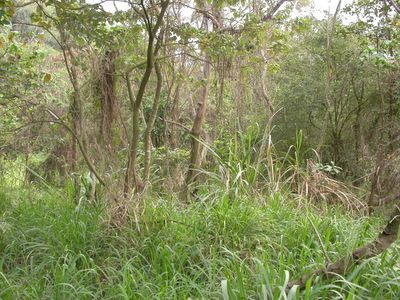 As you can see, the wilderness on the mountains is almost like a jungle. 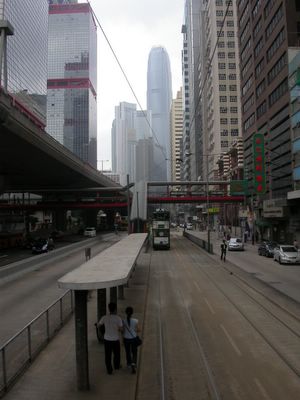 I was really tired at that point, and had run longer than I had originally intended; so I caught the tram back toward the East. 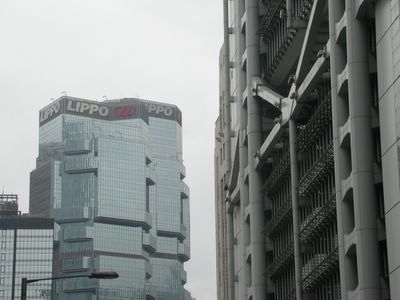 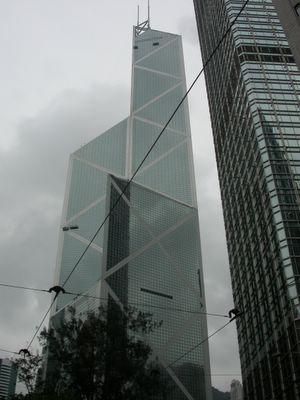 And here's one of my favorites, the Bank of China building. Apparently, the design was chosen to balance out the visual effect of the HSBC building. 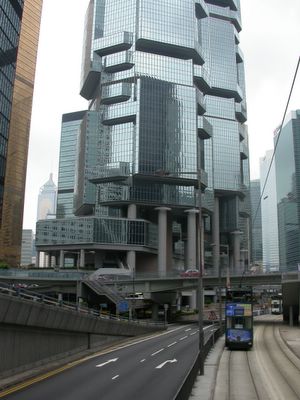 Here's another view of the Lippo building. Very interesting, eh? 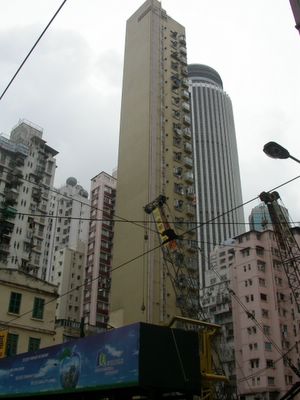 And finally, a building so skinny that it can't have much more than one apartment per floor. There are many buildings like this. They almost look too skinny to remain standing. The bedrock of Hong Kong is granite, so I suppose the buildings are quite stable.
Posted by Michael A. Lowry at 18:26