I went to Kurt & Lena's place in Östra Husby yesterday. They agreed to take care of the cats while I'm away, so I brought the cats with me. I know the cats enjoy being out in the countryside; when the weather is good, they can spend all day outside. As soon as I arrived, I let the cats out and they promptly disappeared into the thick hedge, their favorite hiding place. Their time at Kurt & Lena's will be like a nice long vacation.

The flowers of spring are beginning to appear. I took a few photos of the flowers around the house. 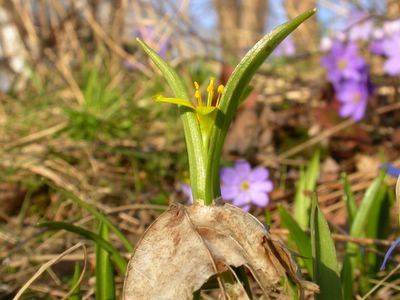 This flower had grown through a dead leaf. 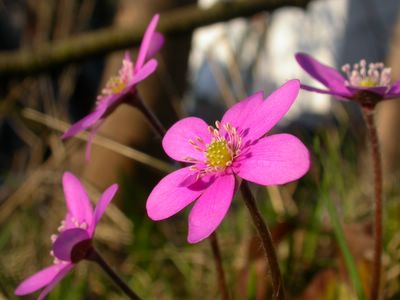 There were a many white flowers of this shape, quite a few blue ones, and just these four pink ones.

I accompanied Kurt & Lena to the island near Muaritsberg where Kurt keeps his boats. I helped them try to raise a half-sunken boat. 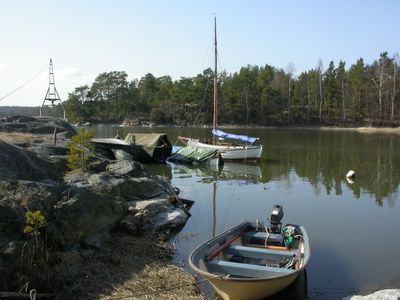 You can see that the middle boat is mostly under water. 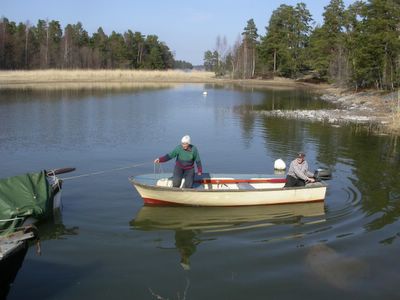 We used a pump and a pail to raise the boat a bit, but it got stuck in the mud when we began to pull it to shore. 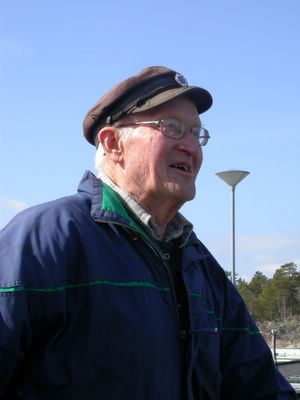 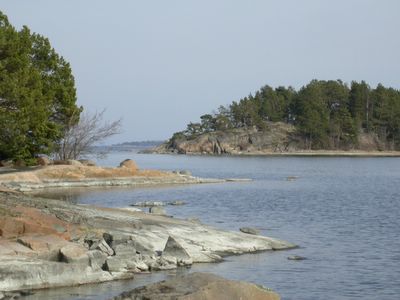 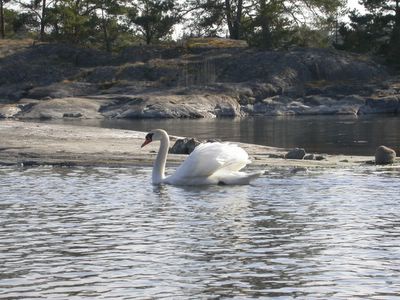 There were several swans in the water, and they were all holding their wings up like this one. Some of the (presummably male) swans were chasing each other. 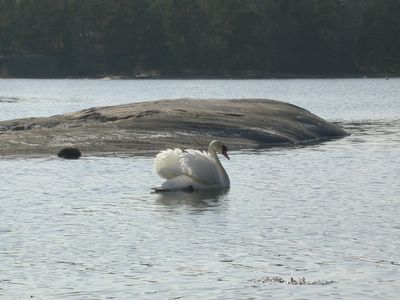 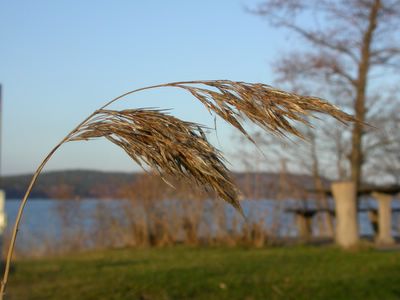 Grass with Bråviken in the background.

I'm back in Stockholm now, doing some laundry and cleaning up the place in preparation for my trip. I'm also doing the paperwork for my 2004 Swedish taxes (lots of fun).
Posted by Michael A. Lowry at 15:54