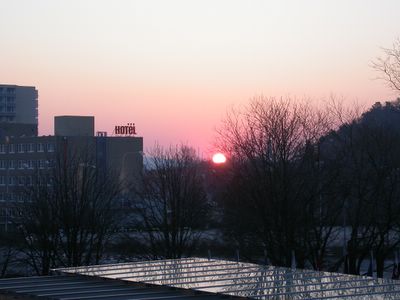 Sunrise the next morning, a few minutes after six o'clock. My head was a bit heavy. :) 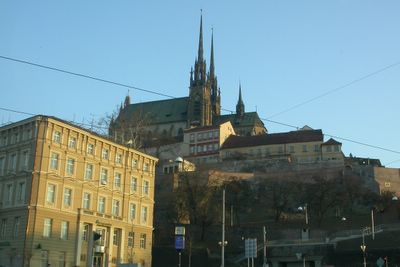 Here's a few of the Petrov cathedral from the cab on the way to the bus station. 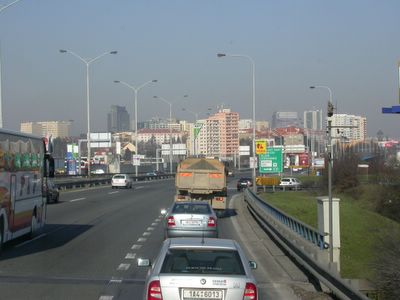 On the way into Prague. 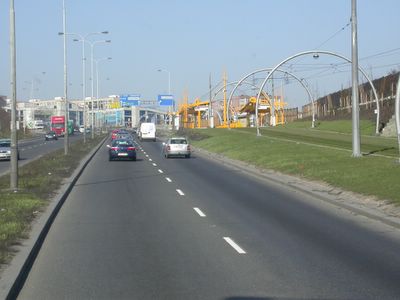 Notice the circular supports for the overhead electrical cable used by the tram on the right side of the higway in this photo. I think they're interesting. 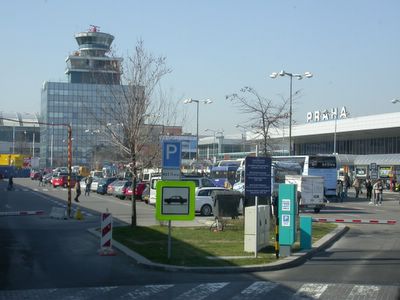 It was a beautiful sunny day in Prague. It was a shame to have to leave without seeing the city. 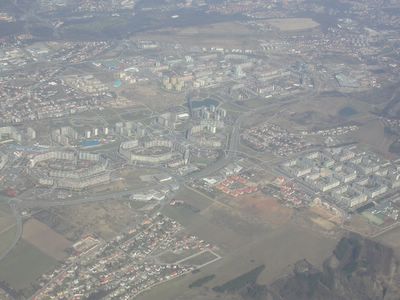 Suburbs of Prague, as seen from the plane during our ascent. Some of those apartment blocks look like they were built back in the 60s, when the communists were still in charge. Boring, ugly and — of course — gray.
Posted by Michael A. Lowry at 06:00