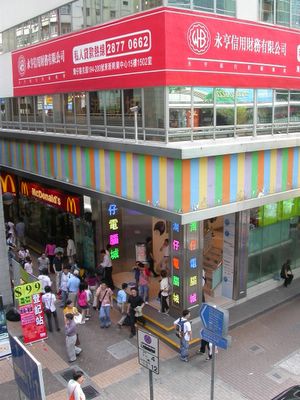 Today I went to this electronics store. It's acutally many stores in one location. They have all sorts of computer-related gizmos. 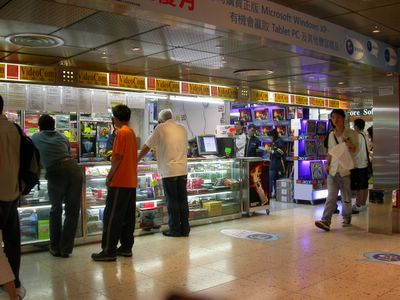 Here's a typical stall within the store. 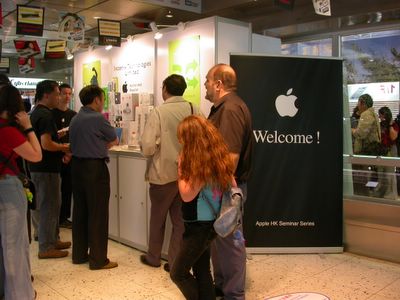 Apple has a presence there too. 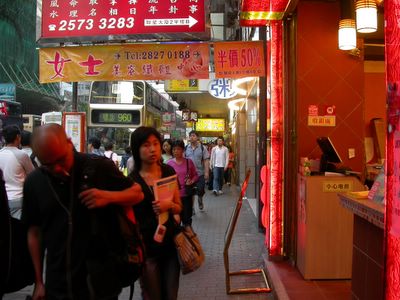 Back out on the street only a few HKD poorer. 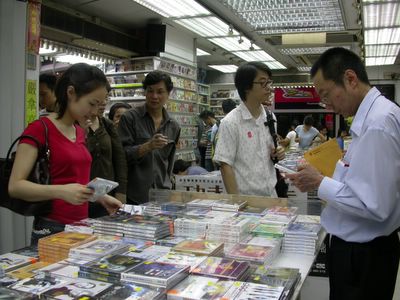 I checked out a few stores where CDs, VCDs, and DVDs are sold. For those of you who don't know, VCDs are Video CDs — CDs that have video files on them. All DVD players sold in this part of the world (and increasingly elsewhere) are capable of playing VCDs as well as DVDs. 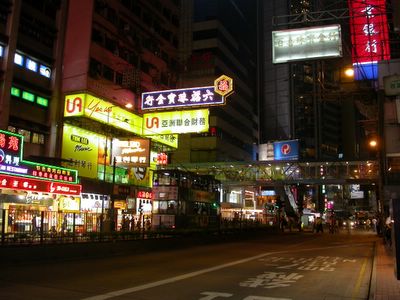 Here you can see one of the double-decker trams that run East-West across the city. 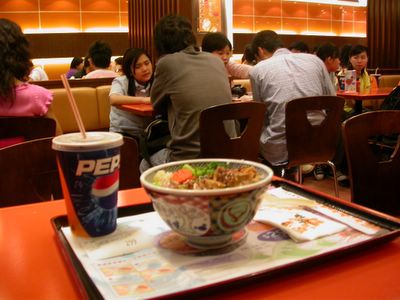 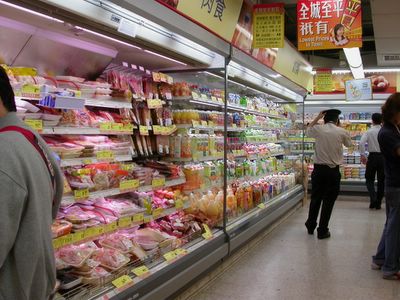 I stepped into a Wellcome supermarket to pick up some groceries. Wellcome has cheaper Heinz ketchup than ICA in Stockholm. 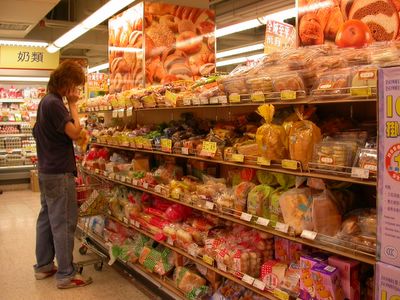 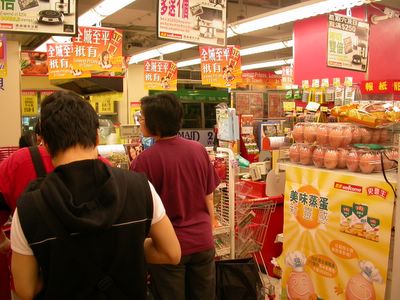 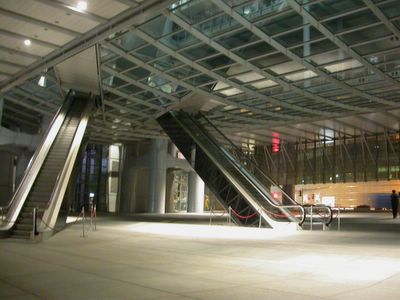 Beneath the HSBC building. This building is really amazing. It's hollow all the way up, and underneath. 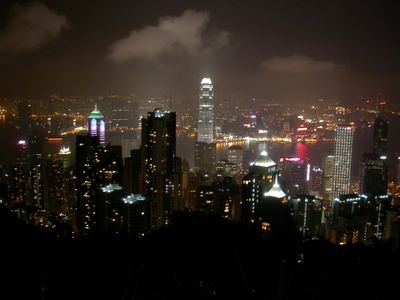 I went up to the Peak again so that I could capture a shot of the city at night time. 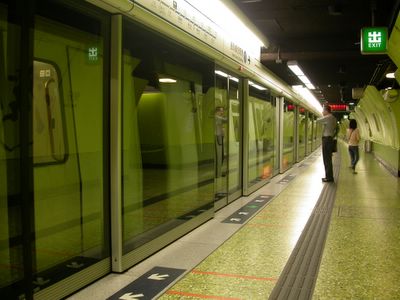 The subway tracks are not accessible to passengers. I guess this cuts down on the number of accidents. 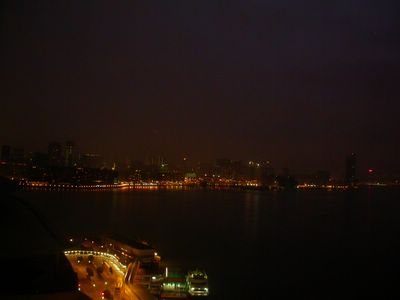 Kowloon peninsula across the harbor to the North, as seen from my hotel room.
Posted by Michael A. Lowry at 21:35