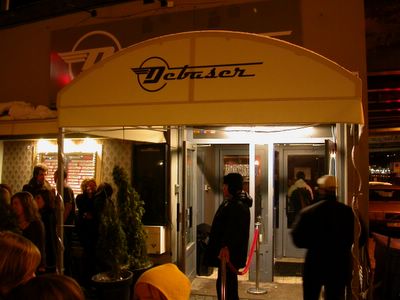 This evening I went out with my climbing buddies Anna and Lotta and some of their friends. We went first to Street near Hornstull, but the line outside was way too long, so we went to an alternative rock club called Debaser, on the Southernmost tip of Gamla Stan. 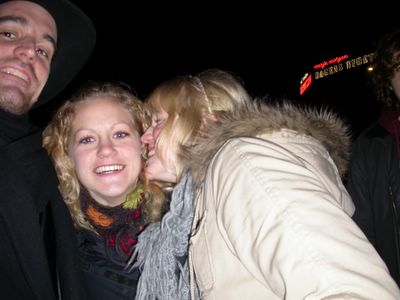 There was a line there too, so we waited outside, our feet freezing on the cold cobblestones. 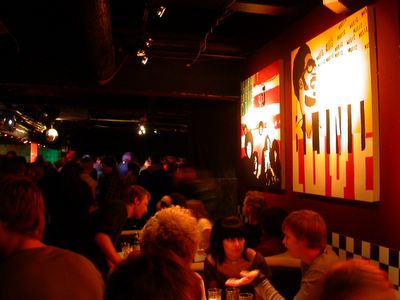 We got in just as the live band was completing its final set; so it was just a DJ from then on. I danced for a while (this is shake-your-butt dancing, mind you, not any sort of dancing with RULES). Then I joined my friends at a table where they had gathered. 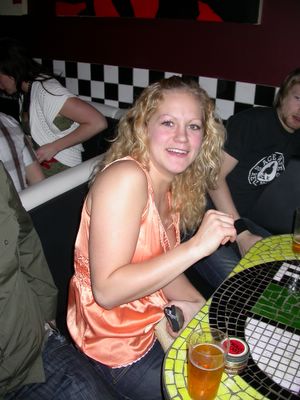 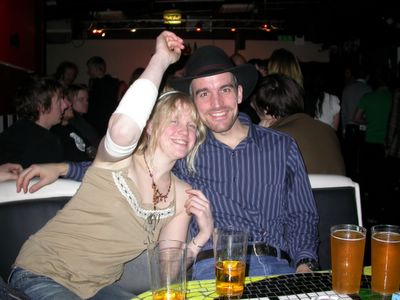 Lotta shows off her “climbing elbow.” 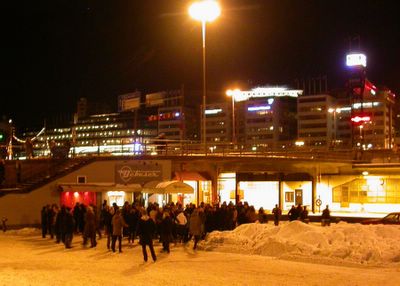 Finally, around 03.00, the bar kicked everyone out. People continued to mingle in the cold outside but I headed for the subway station to catch the last train home. Oh, by the way — The archway to the right of the club entrace is Slussen, the lock between Lake Malaren and the Baltic Sea.
Posted by Michael A. Lowry at 05:25