The Thursday after we returned from Åre, the gang met some of Lisa's Chinese friends at the King Tan restaurant on Sveavägen, between Hötorget and Rådmansgatan. 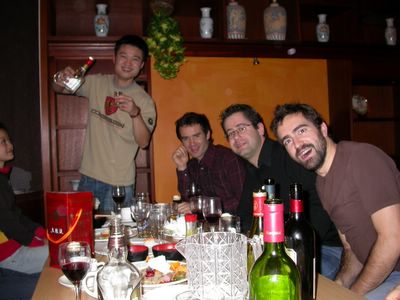 Xia serves up the 五粮液 (Wu Liang Ye), a liquor popular in China. The name means five grain liquid. It's a blend of distilates of husked rice, glutinous rice, sorghum, wheat and corn. 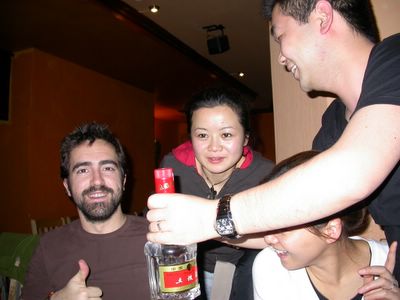 Xavi gives it his approval. This is before the bottle has been opened, mind you. 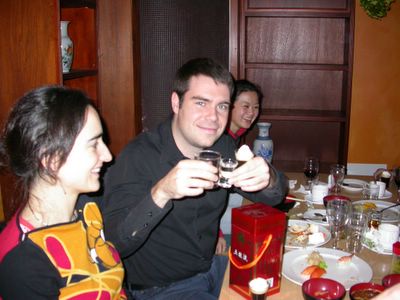 Jordi toasts with three glasses at once.
Posted by Michael A. Lowry at 12:58