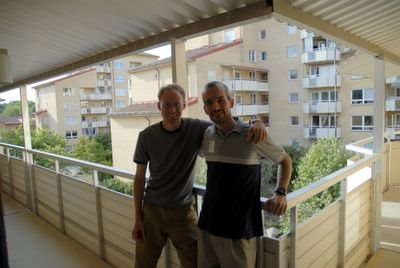 A new friend named Spencer stayed with me for a few days last week while he did some sightseeing in Stockholm. He is the son of some of my parents friends, and he's a physics grad student in Boston. Spencer is on a tour of Skandinavia. The week before last, he backpacked over a mountain pass in Iceland; and this week he's seeing Finland and the three new EU Baltic states: Estonia, Latvia, and Lithuania. 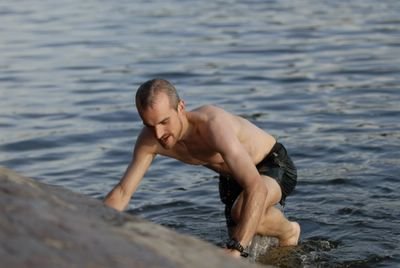 Friday evening I went for a little swim in Brunnsviken with my friend Eva. She shot this photo of me. The water was quite warm but there was a cool breeze blowing, so it wasn't really the best weather for sunbathing. 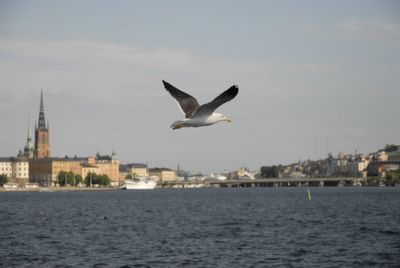 Last weekend I went on a date downtown. We had coffees and ice creams at a cafe on the water and then walked along the shore toward the city hall. 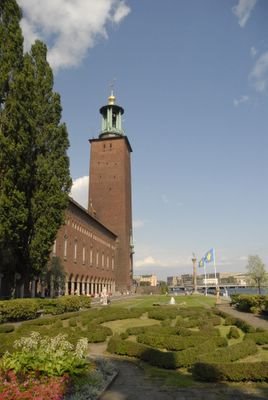 Here is Stockholm's most famous landmark, the city hall or Stadshuset. 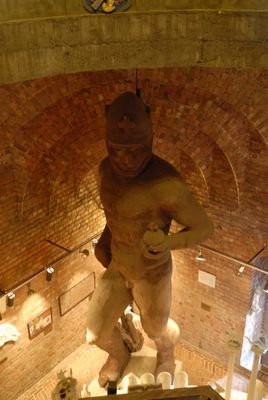 We went in the tower; this was my first time to walk up to the top. Inside near the top of the tower is a miniature museum that includes this plaster statue of Saint Erik. 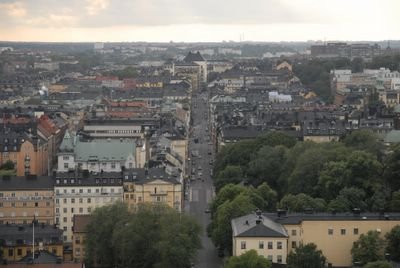 Lovely Kungsholmen. Unfortunately, the clouds moved in just as we reached the top of the tower, so the light was not ideal. 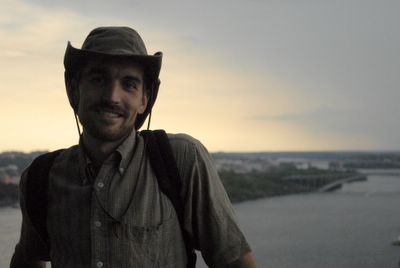 Here I am at the top of the tower, with Lake Mälaren and Västerbron in the background. 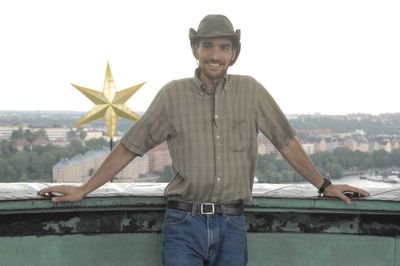 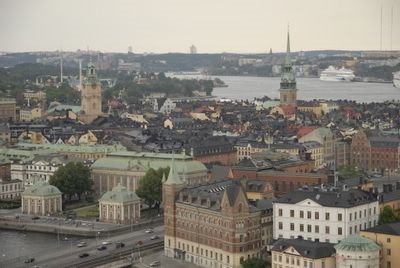 And here's Gamla Stan, with the towers of Storkyrkan and Tyska Kyrkan sticking up above the rest of the buildings. 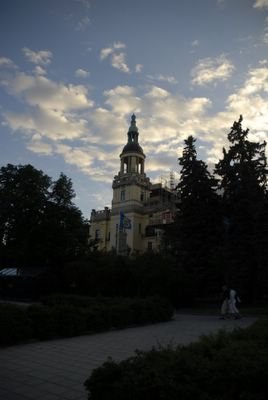 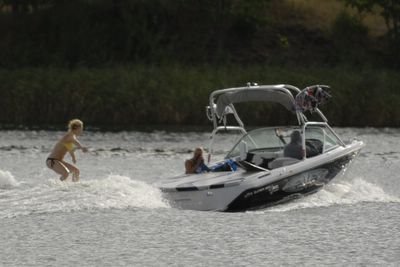 A few days ago I saw a woman surfing behind a boat on Brunnsviken. Yes, that's right... she was riding a surfboard towed behind the boat. I had never seen someone try this before, but it looked like fun! 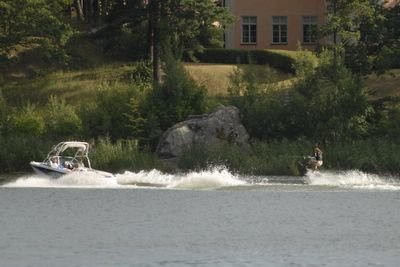 The folks on the motorboad also had a normal wakeboard and one of them was pretty good at jumping the wake. If only they knew I had these photos; I bet they'd like them! 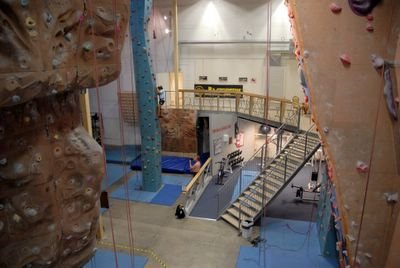 Last night I went climbing at Klättercenter in Solna. I biked there just as a storm was moving in. When I got safely inside, the rain really began to pour, so it was fortunate timing. 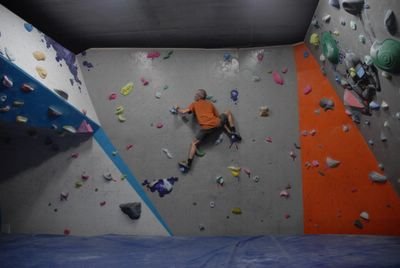 On the upstairs bouldering wall, I did this tricky route involving just four grips. It's necessary to put one's right foot on the same grip as the right hand, and then slowly move up with the right hand. I did it once a few weeks ago when a couple of cute girls were looking on. Last night I wanted to see if that had been merely a fluke caused by the presence of an audience, or if I could actually do it again 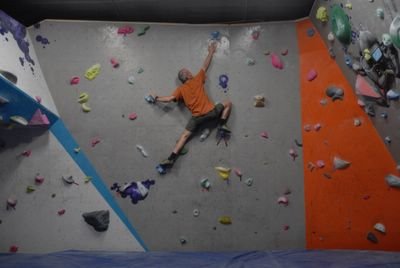 I was pleased to find that I could actually do it again. In fact, I did it twice. Yay! 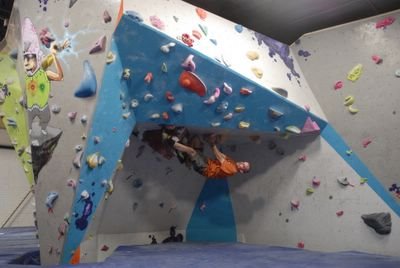 This route is not as technically challening, but it does involve a nice overhang. 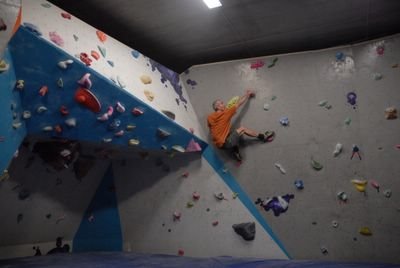 It was a fun an exhausting evening, and I got some experience using the interval shooting function on my camera too! :)

Today I'll go biking with Lotta & Elina. It has been raining all morning, but now it looks like the sky might clear off a bit. We'll probably stick to roads because the trails will be so muddy after all the rain.
Posted by Michael A. Lowry at 11:54