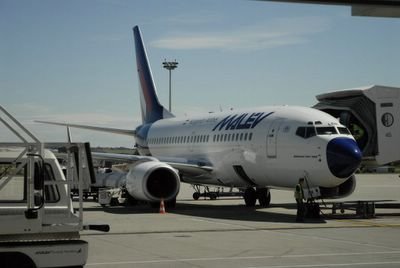 This morning I flew down to Budapest. I'll be in Hungary for a week of consulting work. The flight was smooth and quick. I had a nice chat with a girl on the plane named Annika. She was on her way to Split, where she'll begin a ten-day Croatian vacation with six of her girlfriends. 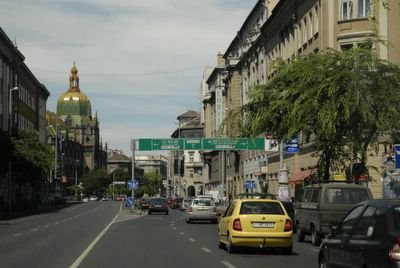 I picked up a rental car at the airport and headed straight for my destination. I won't have time to see the capital on this trip, aside from what I saw of it on my drive through to reach the M7 highway toward Lake Balaton. 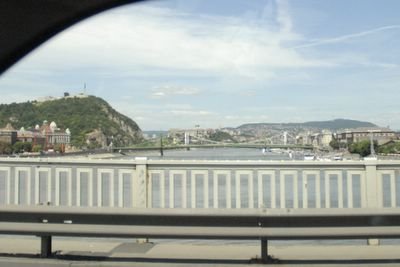 I was last in Hungary almost exactly 14 years ago, when I backpacked around Eastern Europe with my good friend Agnes. I had forgotten how picturesque Budapest is. I'll definitely have to return when I have more time to do some sight-seeing. I snapped this shot out the car window while driving West over the Petröfi bridge. 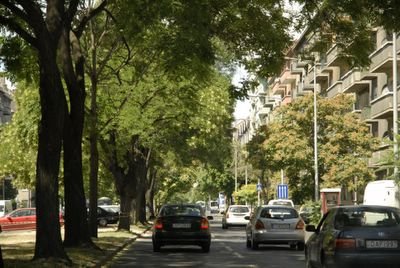 Budapest seems more modern and clean than when I saw it last; one thing is for certain; there are many more new cars, shops, restaurants, and advertisements than there were 14 years ago.
On an unrelated note: Can anyone tell me what possessed me to shoot dozens of photos at ISO 1000 in the middle of the day? 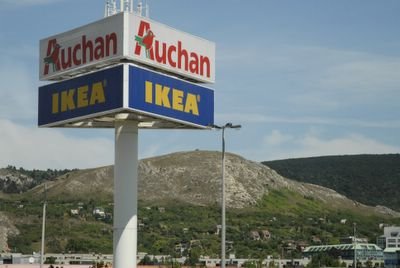 IKEA is everywhere, including on the M7 just Southwest of Budapest. 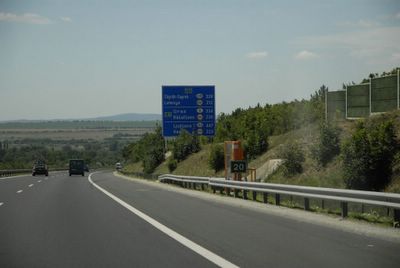 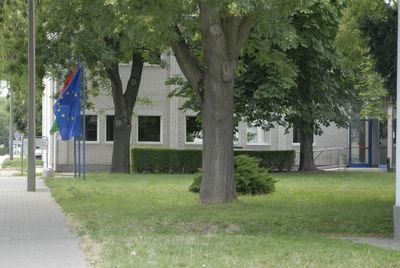 It took me a while to find the place, but it's actually hard to miss. IBM's service delivery center in the city is located in the Videoton area, a decaying industrial park on the grounds of what was once a sprawling radio and television factory during the days of socialism. IBM must have chosen this place for the price. Pretty it ain't. IBM's building is quite new though and is very well furnished inside, with good network connections and the latest IP telephones. Neat! 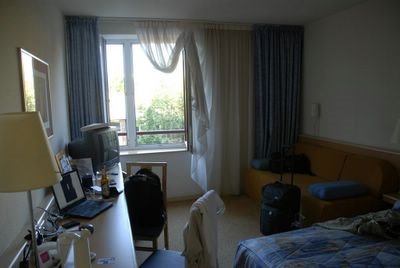 This is my room in the newly renovated and well appointed Novotel Székesfehérvár. 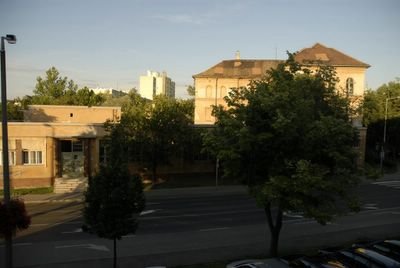 The view outside my window isn't grand, but I've had worse. I spent the afternoon (on a Sunday!) setting up the computers in the classroom at the office, so with that and travelling I was a bit too tired to go out tonight. Tonight, I just sat in the sauna for a while to relax. I hope to see more of the city and sample some authentic Hungarian cuisine later in the week.
Posted by Michael A. Lowry at 23:20