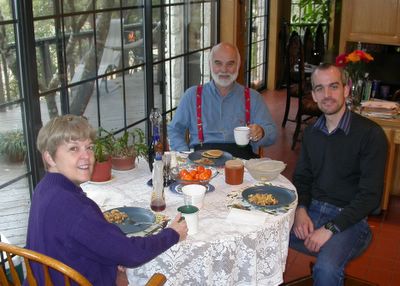 I had breakfast this morning with my mom and dad. It was still below freezing outside, and there was an almost invisible layer of frost on the deck. Tom nearly fell while walking out on the deck. He caught himself, but not before spilling half a cup of coffee on Angel (one of the cats). Angel didn't seem to mind though; he just licked the coffee off his fur. 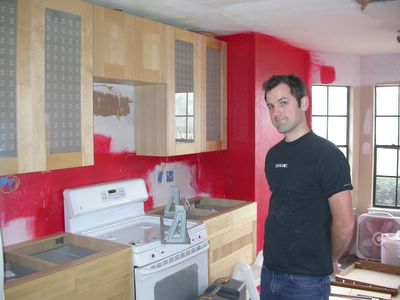 In the afternoon, we went over to Ethan & Kelly's place to help them a bit with the IKEA cabinets they are installing. Ethan is recovering from a construction injury sustained yesterday. It's a nasty cut on his back. He had 13 staples put in to hold the wound closed. Ouch. I must say though, the kitchen is beginning to look like a kitchen. Almost. It brings back memories of the renovations Lotta and I did back in 1999. Ethan has already told me that he expects me to help lay tile. Sounds like loads of fun, eh? 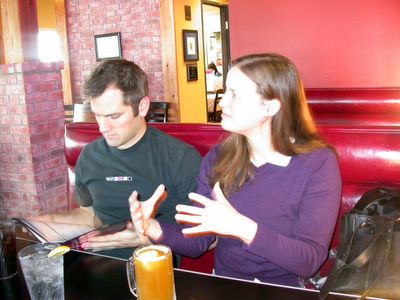 We went to Mangia Pizza on Gracy Farms Lane for lunch. It was yummy. Here Kelly details the nuances of her life as a rogue in World of Warcraft. 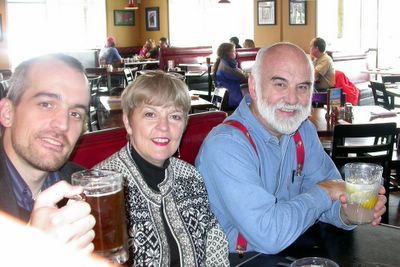 My mom wore the Dale sweater that she bought in Norway last summer. I think it looks great on her. Even though it is a bit too big. ;)
Tomorrow will be my first day at the office. I'm looking forward to meeting the folks with whom I will be working, and of course seeing some familiar faces again. I'll be working in one of the IBM 90X buildings on Burnet Road — much nicer than the old former manufacturing plant buildings across the street.
It's barely past ten o'clock here, but it's well past bedtime according to my body. I won't have any trouble getting up tomorrow morning.
Posted by Michael A. Lowry at 05:23

Looks like you are having a great time over there ;-). Take care and say hello to your folks and family.