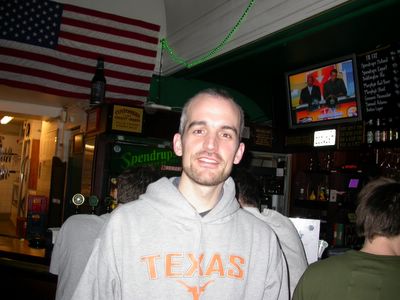 Last night I went to O'Leary's bar on Södermalm and watched the Super Bowl. 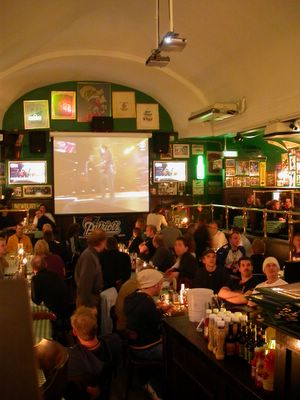 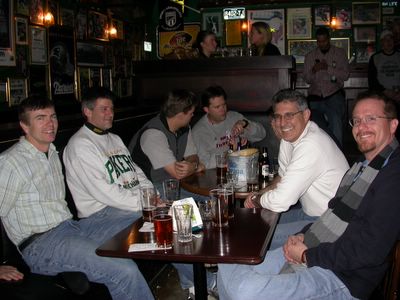 I met a bunch of guys who work at Ericsson. 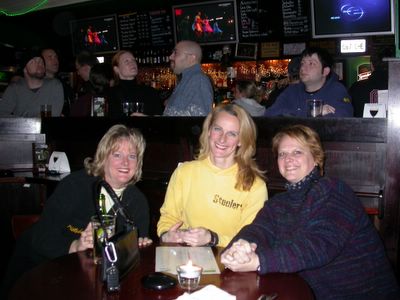 Plus three sisters rooting for Pittsburgh. 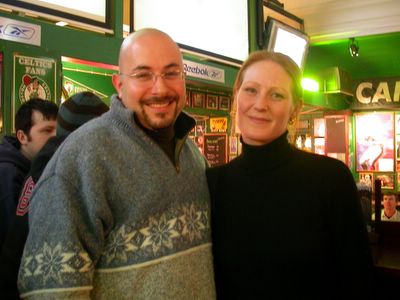 I also had a good time visiting with Hugo and Tess, one of several international (American-Swedish) couples there. 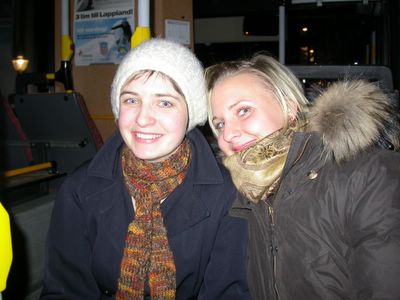 After the game was over, I went down Götgatan to Slussen to catch a bus I met these two girls at the bus stop. It was really cold outside and we were very glad when the bus finally came. We took bus 96 from Slussen to Odenplan and chatted about Sweden and America. 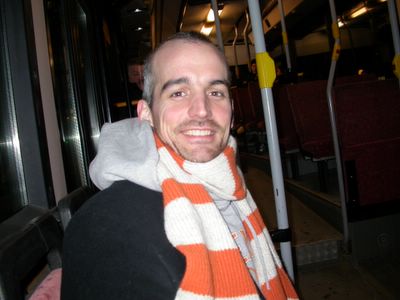 At Odenplan, I caught the 690 back home to Bergshamra. It was a late night, but well worth it. It was fun to get an opportunity to meet some other Americans.
As odd as it may seem, in my five and a half years living in Sweden, I have only recently begun to meet other Americans who live here.
Posted by Michael A. Lowry at 17:58

Hi Michael!!! I really like and enjoy your blog. As I was in Stockholm for four months and living in Kungshamra (in Bergshamra), your pictures and your comments bring many memories back to me. I have even been in the bar where you watched the superbolw. The thing is that I love your city!!!
I hope you'll continue posting your daily life. It was funny when you were so proud of getting the Swedish passport ;-)
Greatings from Barcelona, Spain...well, now I'm living in Germany, it's a bit long to explain...
I added a link to your blog in mine: http://rscandel.blogspot.com

Hi Michael, your scarf is really cool. Where did you get it?