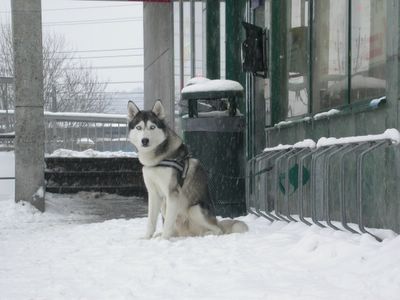 Today I had lunch with colleagues who work at the BCRS center in Solna. We ate at a pizzeria near Ulriksdals Station. A woman shopping at the Vi store across the way left her beautiful husky tied up outside while she was inside. He didn't seem to mind. 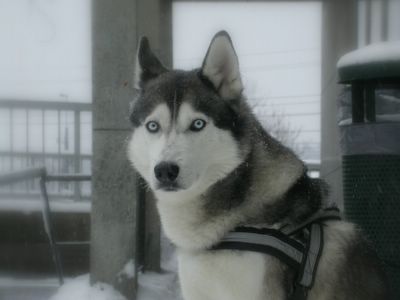 He also didn't seem to mind when I took this nice close-up of him. 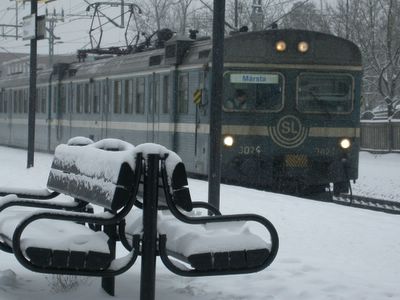 After lunch I went to the station to catch a train into the city. The snow continued to fall as a Northbound train arrived at the station. 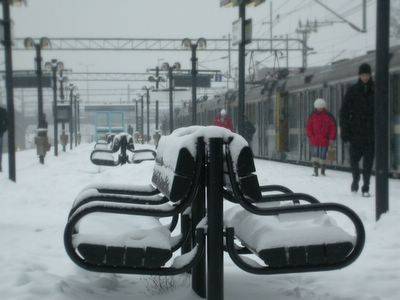 I was playing with the f/stop here but I didn't quite get the desired effect. I wanted a narrower depth of field. I'll have to practice a bit more.
Posted by Michael A. Lowry at 00:52