Today the temperature stayed well under freezing. It was -6 C this morning, and -8 C in the afternoon. Here's the view outside my window around lunchtime. 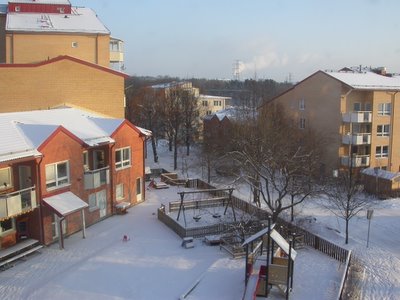 The snow is soft and pretty, and becuase it's so cold, it hasn't had a chance to melt yet. 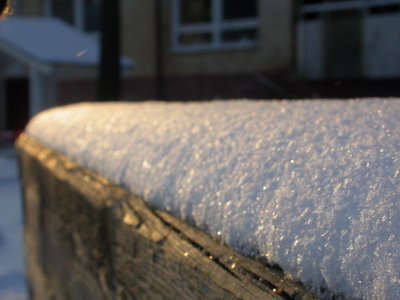 After lunch, I took the subway South to Telefonplan. 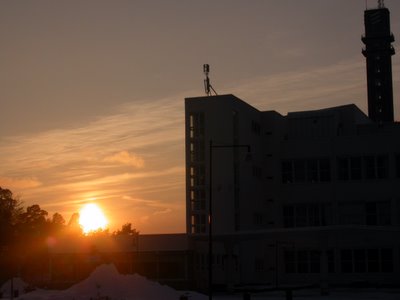 I walked from there to Daniel & Jenny's place, where Daniel showed me his new third shelf for DVDs. The man just keeps buying more movies. He can't be stopped. I have a suspicion that his purchases have artificially and unnaturally prolonged the lives of film production companies that would have without his aid gone bankrupt long ago. 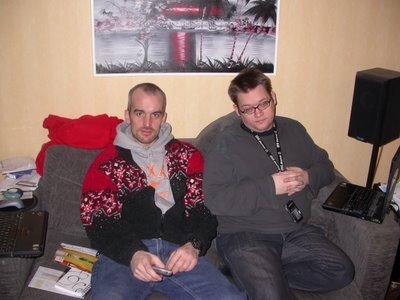 We went on a shopping to IKEA but didn't find anything we needed. After IKEA, we swung by El Giganten, where I found a new microwave oven. A bit later, we went to the Löwenbräu restaurant near Fridhemsplan. Åsa, just back from Indonesia, joined us for dinner and a few drinks. Check out her suntan! 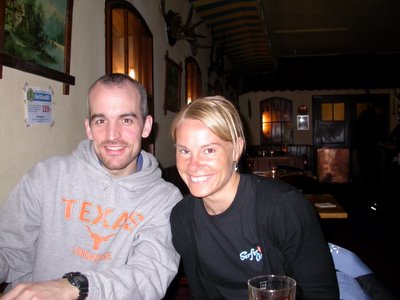 The restaurant serves mostly German food, and it seems to be quite good. I wasn't very hungry tonight because I had a big lunch. So I had only a salami plate. But next time I'll have to try the Wienerschnitzel. Daniel had the buffet; he appeared to enjoy it. 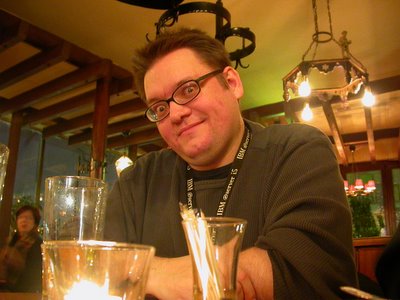 My new microwave oven today is an 850 Watt, 23 liter MS-2344b from LG Electronics. It seems to work well, and it fits perfectly in the space in the corner of my kitchen. 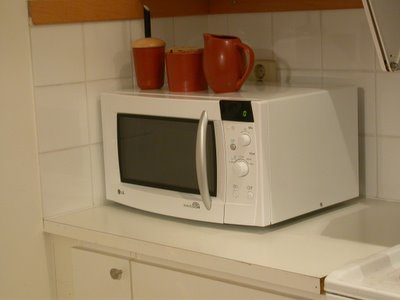 Tomorrow the agends calls for ice skating during the day, and then watching the Super Bowl late in the evening. I called O'Leary's today to try to reserve a table. I was told that all the tables for the evening of the Super Bowl were booked more than 6 months ago, so I guess we'll have to make do with a place at the bar. One positive note is that I'll probably meet lots of Americans at the bar. That's always fun.
Posted by Michael A. Lowry at 00:14