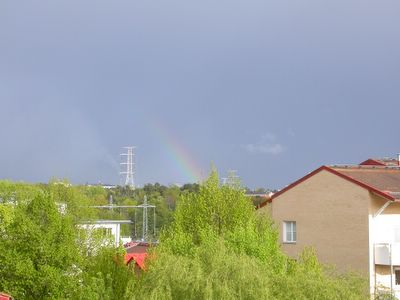 This morning it was cloudy and rainy, but the sun shone for a while during the afternoon. I saw this rainbow to the East. 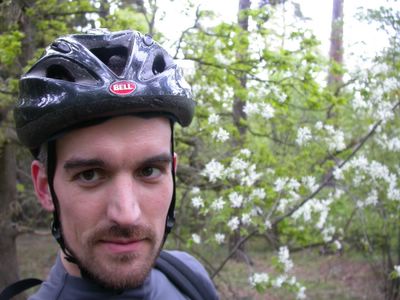 I went biking in the woods near Ulriksdals slott. 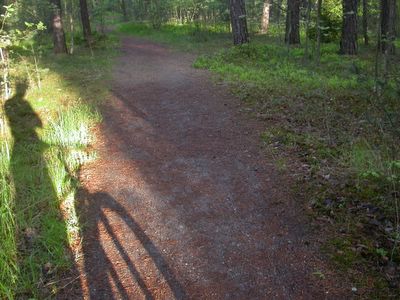 The sun came out again, but just for a little while. 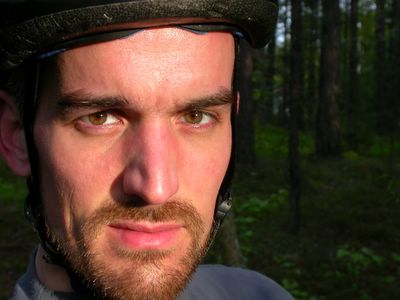 Because of the thick canopy of pine trees, the sunlight fell only on small patches of the forest floor. I took this photo in one of them. :) 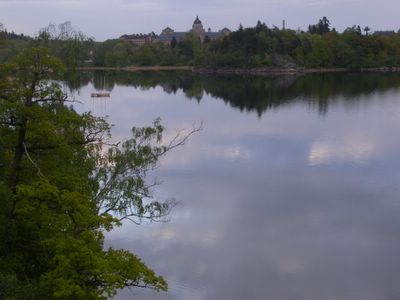 After returning from Ulriksdal, I rode down to the rocks by Brunnsviken and waited for the sun to peek through the clouds again. I took this photo of the Natural History Museum across the lake. 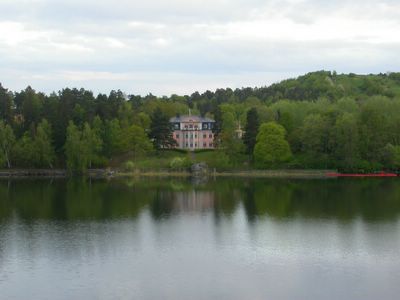 Here's the pink villa in Hagaparken. 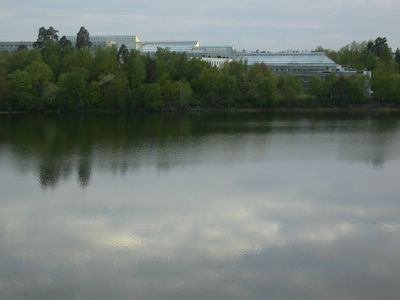 And the SAS headquarters. 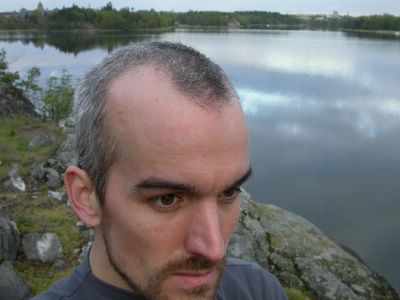 There was a bank of clouds blocking the sun, but I could see sunbeams coming down In the distance. I waited for the clouds to move ouf of the way. 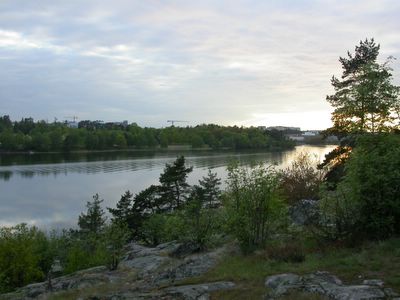 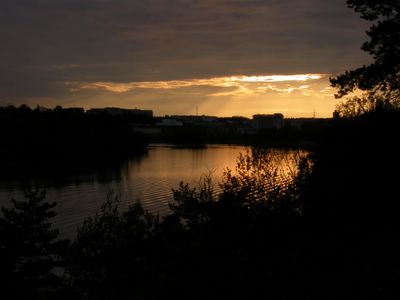 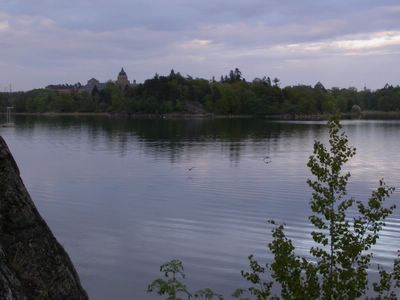 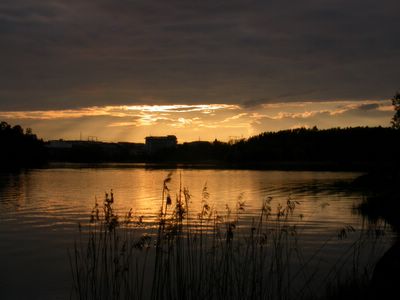 I went down closer to the water to catch more of the light on the water. 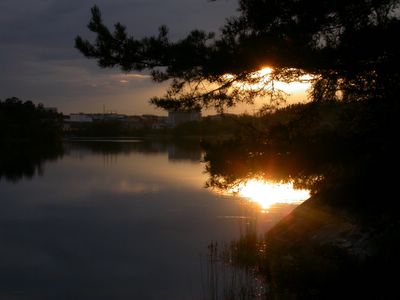 Finally the sun shone through the clouds. 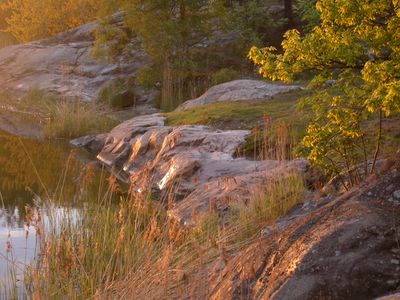 This is the place where I often picnic in the summer. 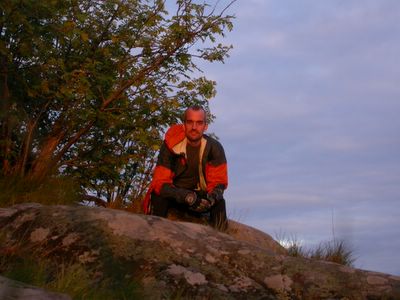 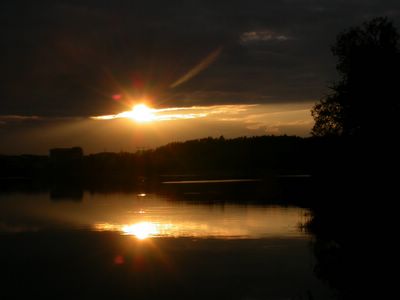 The sunshine lasted only a few minutes. 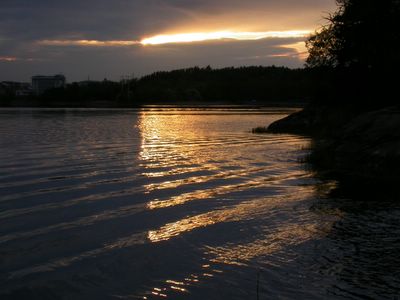 Then, as quickly as it has appeared, the sun disappeared again behind the clouds moving in from the West. It was a short but sweet sunset.
Posted by Michael A. Lowry at 22:37