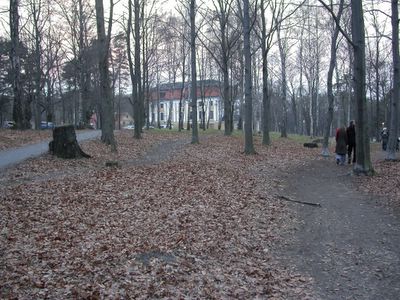 This evening is Valborgsmässoafton, a big holiday in Sweden. It's especially popular among university students.
I walked down to Uliiksdals slott as the sun was setting. 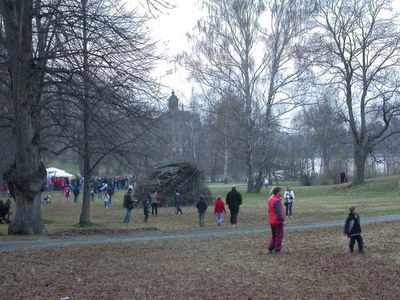 In the meadow below the chapel, a big pile of wood had been set up in preparation for the evening's main event, a big bonfire. Ulriksdals slott (Ulriksdal's palace) can be seen through the trees in the background. 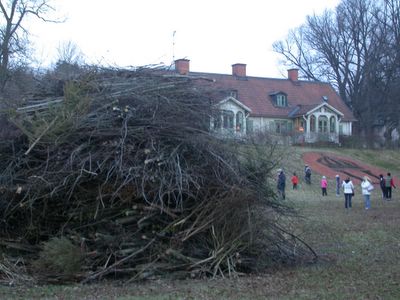 The bonfire originates in Viking fertility festivals celebrating the arrival of spring. The English name of the festival is Walpurgis Night. 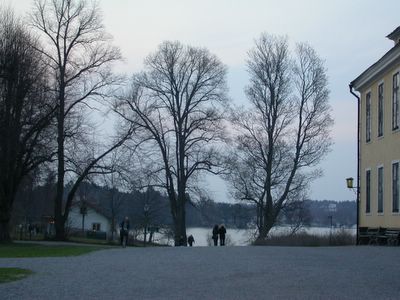 It was a cool night, just 6 or 7 degrees above freezing. As I waited for the fall of darkness, I took a brief walk around the grounds of the palace. 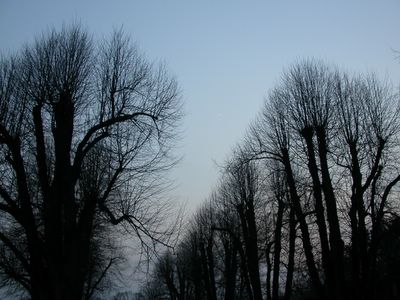 Can you see the crescent moon in this photo? 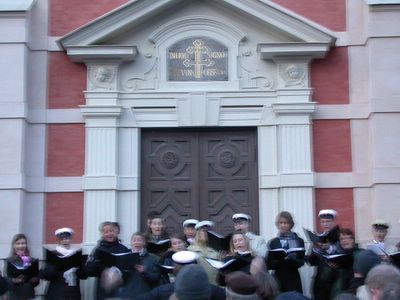 The Stockholm Chamber Choir sang songs of spring in front of the chapel. 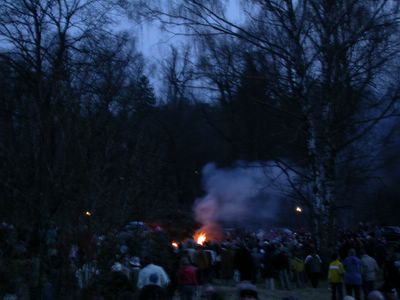 As they were singing, the fire was started. I had spoken earlier with the man whose responsibility it was to light the fire. He's the leader of the local Scout troop here in Bergshamra. I picked up a pamphlet from him so I could get in touch. I was a boy scout for many years and I've been thinking of volunteering as an adult leader. 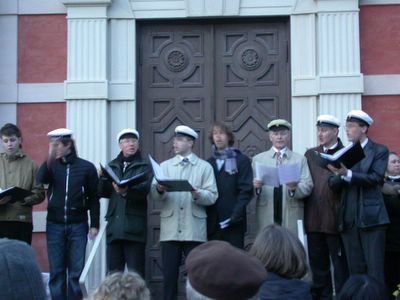 I listened to a few more songs as the sounds of the crackling fire began to compete with the singers' voices. It was getting quite cool so as soon as the music was over and the applause delivered, I joined the rest of the throng, most of whom had already moved close to the bonfire. 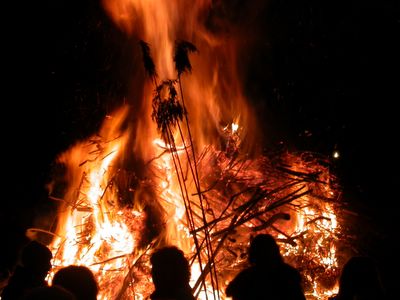 It was an impressive fire. The flames reached 12-15 meters or more into the air, occasionally going even higher. The crowd formed a circle around the fire and for the first hour few people came within 5-10 meters of it. It cast its warmth a long way. I moved through the crowd until I was on the inside of the circle. In a few moments, the cold night was the last thing on my mind. 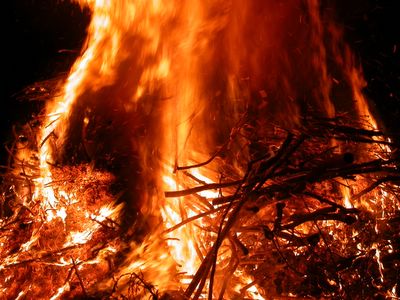 I stepped inside the ring of people to get a few close-ups of the flames. The heat was really quite intense, and I couldn't stay there for very long. After just 15 or 20 seconds, I had to move back away from the fire. 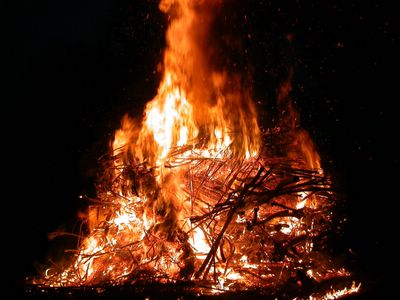 I met some friends and neighbors at the bonfire. I made a few new friends too, including my friend Peter's girlfriend Jenny, his brother Gabriel, and a Russian exchange student named Maria. Howdy, friends! 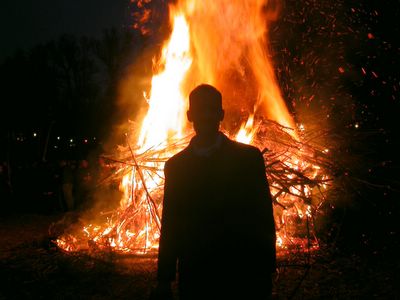 My neighbor took this photo of me. 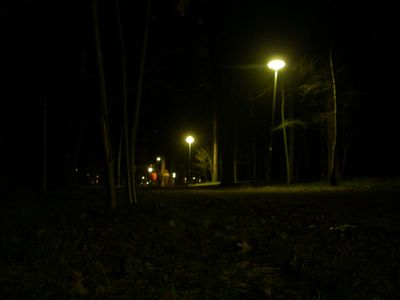 The walk home was cool but I did not notice. I was still warm from the fire.
Oh, that reminds me of a pithy saying:

Happy Walpurgis Night everyone!
Posted by Michael A. Lowry at 00:16